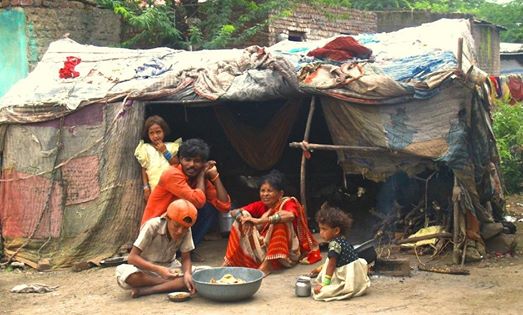 In the minutes before the clock struck midnight on August 14-15 1947, Jawaharlal Nehru, the first prime minister of India, made a now-hallowed speech to the nation on the eve of its independence:

Long years ago, we made a tryst with destiny … At the stroke of the midnight hour, when the world sleeps, India will awake to life and freedom.

But while the country as a whole awoke to life and freedom, one section of society remained under the shackles of colonial rule.

The 150 or so communities labelled as “criminal tribes” by the British colonial government would have to wait a further five years, until August 31 1952, for their Vimukti Diwas (liberation day).

Only then was the Criminal Tribes Act repealed across India.

Now, 64 years later, on August 31 2016, these communities will come together to commemorate their alternative independence day. One of the largest gatherings will take place at renowned protest site Jantar Mantar in New Delhi – as this will be a day of protest as much of celebration. Although “denotified” as criminal, this colonial stigma continues to afflict them to this day.

Who are the denotified tribes?

The denotified tribes number around 20m people and are found across India. The term encompasses a diverse array of communities but what unites them is a shared history as hereditary criminals under the Criminal Tribes Act.

Enacted in 1871, the act labelled whole communities as criminal from birth. It was born out of fears of mobile and resistant groups, racialised theories about caste, and pre-existing and locally-rooted prejudices. Although some communities had an historic association with crime, others were forced into petty theft by changing local economies, or were dispossessed by shifting ideas about crime, work, or culture.

Irrespective of individual behaviour, entire communities – men, women and children – were subject to strict supervisory measures. Their movements were restricted and daily reporting to the police was made mandatory. Many were interred in labour settlements and individuals were deported to penal colonies on the Andaman Islands. Children were separated from their parents.

By the time of their denotification in 1952, roughly 3.5m people were labelled “criminal tribes”.

As highlighted by the recent gang-rape case near Bulandshahr, Uttar Pradesh, the stigma of criminality has been incredibly persistent. Media coverage focused less on the details of the case itself than profiling of the Bawaria community – a denotified tribe to which the suspected culprits belonged.

“During nights, they waylay cars, steal in houses. Most important, they have a record of not sparing young women,”

stated Ravindra Yadav, Joint Commissioner of Police, in The Hindu.

Adding fuel to the fire, Kiran Bedi – a prominent ex-police officer and current lieutenant governor of Pondicherry – even took to Twitter to publicly denounce the entire population of denotified tribes in the wake of the incident.

Ex-criminal tribes are known to be very cruel. They are hardcore professionals in committing crimes. Rarely caught and/or convicted..

The tweet received widespread condemnation from activists and Bedi has since expressed “regret”. But even while offering a half-hearted apology, Bedi couldn’t resist again characterising these 20m individuals in one derogatory tag:

“I am the well wisher of the ex-crime tribe always,”

Although some individuals who belong to denotified tribes undoubtedly commit crime, the depiction of entire communities in these terms is highly damaging. They tend to be the first suspects when crimes are committed and are often hauled in by the police or fall victim to vigilante justice, with violent and sometimes deadly results.

This is unsurprising considering many police training manuals still rely on criminal profiles of the denotified tribes. As recently as 2014, the website of the District Court of Patiala still publicly identified Sansis as a “criminal tribe” whose traditional offences were “house breaking, highway robbery, dacoity [banditry], [and] theft”.

This association of the denotified tribes with criminal activity has been further compounded by the criminalisation of many of their traditional occupations. Snake charming, street acrobatics, and performing with animals have been outlawed. And access to natural resources – vital for those groups who remain nomadic – has been increasingly curtailed.

The tribes are stuck in a vicious cycle. The traditional skills passed down through generations lead to their condemnation as beggars or criminals. But without adequate rehabilitation or retraining, they have few other avenues to make a living.

With little access to education, many are forced to beg on the streets and sell trinkets to passing traffic. And in certain communities, girls are at risk of being trafficked into prostitution. Frequently living in abject poverty, some are forced to turn to petty crime. This only perpetuates the stigma of criminality, providing fuel for public suspicion and police harassment.

Since 1952, many of the denotified tribes have come together on August 31 to mark their Vimukti Diwas. At first, these celebrations were small, local affairs. But as the decades passed – and the freedom that denotification had promised appeared increasingly hollow – they began to organise on a larger scale and with louder demands.

Most notably, the Denotified and Nomadic Tribes Rights Action Group was founded in 1998 following the death of Budhan Sabar in police custody. Celebrated activists, such as the late Mahasweta Devi, played a decisive role in bringing their cause to the national stage. And a breakthrough was seemingly reached in 2006 with the appointment of the National Commission for Denotified, Nomadic and Semi-Nomadic Tribes.

But all to little avail. Politicians have repeatedly failed to deliver and proposals have often been waylaid. Each empty or diluted promise has led to further disillusionment.

Denotified tribes remain among the most deprived and discriminated against people in contemporary India.

Next year will be the 70th anniversary of Indian independence and 65 years on from the repeal of the Criminal Tribes Act. Will the denotified tribes finally be able to break free from the bondage of their criminal stigma?

Previous: How to Stop Terrorism in Europe
Next: Fan of Rudyard Kipling? Then you should read the hundreds of other stories he wrote