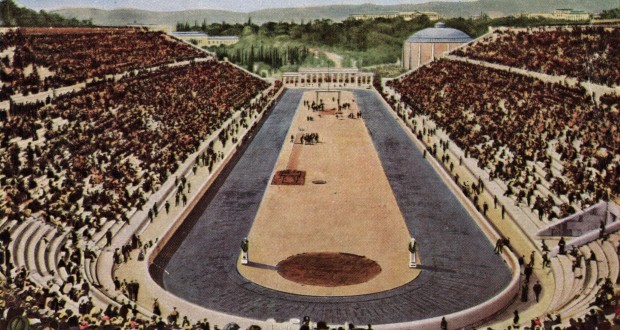 
As a professor of classical studies, I’ve noticed some remarkable differences and similarities between the modern and ancient Olympic Games.

The medals, the torch relay and events for females didn’t exist in the ancient games, but the four-year cycle and the concept of a major sports spectacle still continue.

Yet while both versions have purported to observe fair play, there’s one “tradition” that’s a strong holdover from ancient Greece: allegations of bribery, some of which were documented more than 2,000 years ago.

Paid to lose or switch sides

Even in a founding myth of the ancient Olympics, bribery played a central role. According to the poet Pindar, the king of Pisa bribed Hermes’ son Myrtilus to tamper with his opponent’s chariot wheels.

During the ancient Olympics, athletes, their fathers and trainers made oaths not to “sin against the games.” But some didn’t take this oath as seriously as others. For example, the travel writer Pausanias wrote about how, in 388 B.C., the boxer Eupolus bribed his three opponents at Olympia. The officials punished all four contestants. Sixty-six years later, a pentathlete named Callippus offered his competitors money to throw the contest in his favor. And, according to the philosopher Philostratus, trainers often lent money to athletes at high rates of interest for the sole purpose of bribery.

Meanwhile, some Olympic contestants competed for city-states other than their own as a result of bribery, or assumed bribery. After his Olympic victory, the runner Sotades of Crete was bribed to compete for the rival city of Ephesus. In response, his home city expelled him.

In the fifth century B.C., wealthy residents of Syracuse enticed Astylus of Croton to compete for their city and, a century later, the runner Dicon of Caulonia. In the former case, the citizens of Croton turned Astylus’ house into a prison and destroyed his statue.

Today, some athletes will actually try to gain residency in different countries, often to improve their chances of participating or winning. According to the Daily Telegraph, 11 percent of the athletes who represented Great Britain at the 2012 Olympics were born abroad and were dubbed “plastic Brits.” At Sochi 2014, a Singaporean competed for Thailand, an American-Italian couple for Dominica, and a German for Mexico.

Laying down the law

Modern officials can disqualify cheating athletes and bar them from competition. In ancient times, there was also a disciplinary system in place, but in some ways, it wasn’t very robust. In 12 B.C., the father of the Olympic wrestler Polyktor attempted to bribe the father of a rival. Pausanias wrote about how the judges fined the fathers but not the sons. And athletes could still retain their victory even if they’d been caught breaking the rules – not exactly the best disincentive to cheating.

On the other hand, ancient officials could flog and fine wrongdoers, using the money to shame them publicly by commissioning statues of Zeus called Zanes. As Pausanias explained, these bronze figures were then displayed outside the Olympic stadium, with the names of the miscreants inscribed on their bases. The purpose of these elegiac verses was to ensure that people would “remember their shame for all time,” and other competitors “would be discouraged from cheating.” All who entered the stadium had to pass by what we might best describe as a “Hall of Shame” – at least 16 sculptures with inscriptions that warned fans and competitors not to give money for the purpose of gaining an Olympic victory, but to win by “speed of foot and strength of body.”

The statues lasted for more than 500 years (at least until the second century A.D., when Pausanias described them), while the bases of the Zanes can still be seen today.

Yet public shaming, oaths, bans, floggings and fines couldn’t prevent bribery at Olympia. Even the judges weren’t beyond reproach.

The Olympic judges (Hellanodikai) had the reputation of acting fairly, even in the face of verbal harassment by athletes and spectators. Like competitors, they, too, swore to abstain from bribery.

Nonetheless, there are examples of judges expressing conflicts of interest and making decisions where kickbacks may have been involved. Take the controversial judgment about the runner Leon of Ambracia in 396 B.C.

According to the Greek historian Cassius Dio, the judges accepted a bribe of one million sesterces (about US$5 million today) from the Emperor Nero to allow the ruler himself to win in numerous events at the Olympics. Of course, the judges were probably put in a bind: If they rejected the bribe, they may have risked losing their lives.

Fast-forward 2,000 years, and little has changed.

Even the International Olympic Committee (IOC), in a 1999 confidential report, admitted that “bribery within the Olympic movement goes back decades.”

Just this past year, a Russian track and field athlete who had been caught trying to tamper with a urine sample allegedly attempted to then bribe the doping control officer. In February, two Kenyan athletes claimed that the chief executive of Athletics Kenya asked them each for a $24,000 bribe to reduce their suspensions.

At the 2002 Salt Lake City Olympics, a French judge admitted being pressured to vote for the Russian skaters in order to secure an advantage for France in the pairs ice dancing competition.

In 2004, IOC Vice President Kim Un-Yong, who was involved in both the Seoul Olympics and the Salt Lake City scandal, was found guilty of receiving $700,000 in gifts and bribes.

Every two years, IOC members will vote on which city will host the Olympic Games. As cities present their case, a modern problem has been “vote buying.” (The ancient Greeks never faced this problem as the Olympics always stayed in one venue – Olympia.)

A leading member of the IOC claimed that “bribes of up to a million dollars have been demanded from cities bidding for the games.” Without reference to any specific Olympics, unofficial agents offered to deliver 25 IOC votes to competing cities (out of a total of 105) for $1.8 million.

The most egregious example of bribery is the Salt Lake City scandal, in which leaders of the bidding committee were accused of offering monetary and other incentives to IOC officials. Several IOC members were expelled, but the two alleged bribers were acquitted of criminal charges. Olympic historian Bill Mallon remarks that things were proceeding smoothly for the IOC until that fateful day of November 24, 1998, when news of the scandal first broke. IOC President Juan Antonio Samaranch was quick to acknowledge the gravity of the situation, calling the crisis “as serious as the political boycotts of the 1980s and Ben Johnson’s drug scandal at the 1988 Seoul Games.”

During Rio – and beyond – it’s unlikely that scandals and bribery will disappear.

Previous: India’s Cow Vigilantes
Next: How to Stop Terrorism in Europe 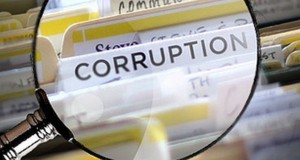 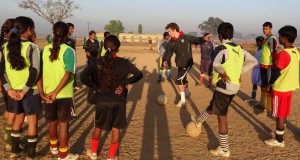 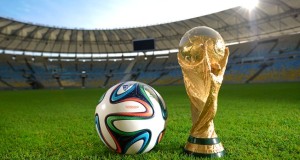