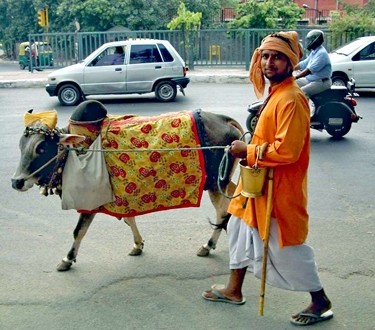 NEW DELHI – The headlines out of India in recent weeks have often made sickening reading. Startlingly, the central protagonist in most of these stories is that most peaceable and innocent of animals, the cow.

A Muslim man was beaten to death by a mob in a small town an hour from New Delhi in response to rumors that he had slaughtered and eaten a cow, sacred to Hindus. Another man died after being attacked by villagers who believed he was involved in cattle smuggling. And a trucker was killed in Udhampur, in the state of Jammu and Kashmir, over rumors that he had been involved in cow killings.

Public officials, too, are getting in on the action. After the chief minister of Karnataka, a member of the opposition Congress party, recently declared that he would eat beef, a politician from the ruling Bharatiya Janata Party (BJP) threatened to behead him if he follows through.

Likewise, 20 policemen stormed the canteen of the Kerala state government’s outpost in Delhi, because it advertised a “beef fry” on its menu. Kashmiri legislator Engineer Abdul Rashid had his face smeared with black paint for throwing a “beef party.” And the chief minister of BJP-ruled Haryana, Manohar Lal Khattar, declared that Muslims living in India would have to give up eating beef.

To be sure, there have been plenty of other repellent stories of intolerance that have nothing to do with cows.

Two children from the impoverished Dalit community recently burned to death in their own home, in an arson attack by upper-caste goons. A prominent public intellectual had his face blackened with ink for organizing a book release for a former Pakistani foreign minister in Mumbai. And Hindu zealots stormed a Cricket Control Board meeting to disrupt discussion of a possible India-Pakistan cricket series (which now seems unlikely to take place).

But none of these incidents has acquired the toxicity of the assaults on those deemed insufficiently respectful of the holy cow.

Indeed, a signal illiberal achievement of Prime Minister Narendra Modi’s BJP regime has been the revival of the cow as an instrument of political warfare.

And the recent spate of attacks reveals a serious problem with the country’s trajectory under Modi.

Of course, the cow has long had a place in Indian politics: the country’s constitution includes a provision explicitly urging a gradual movement toward full prohibition of cow slaughter – a ban that has already been implemented in most states.

For most of India’s existence, however, the default approach has essentially been “live and let live” – make your own choice about beef, and let others do the same. I am a vegetarian myself, but I have never considered it my business what others eat. Where beef was legally available, it was consumed not just by Muslims and other minorities, but also by many poorer Hindus, who could not afford other kinds of meat.

But that response was possible only so long as relatively liberal or moderate officials (including an earlier BJP-led coalition government) were in power. The Modi government does not fit that description. Instead, it is full of leaders who seem more concerned with what goes into other people’s mouths than what comes out of their own.

Modi’s government has given voice to a peculiar kind of Hindu chauvinism, one that embraces activist assertion of a narrowly constructed version of the faith. It cannot be described as “fundamentalism,” for Hinduism is a religion singularly devoid of fundamentals: it lacks a single sacred book, a single version of divinity, and even the equivalent of a Sabbath day. In fact, Hindus who eat beef can, like those who abjure it, find support for their beliefs in the religion’s ancient texts and scripture.

Rather, what Modi’s government has fostered is a form of subjective intolerance, with supporters, emboldened by the BJP’s absolute majority, imposing their particular view of what India should be, regardless of whom it hurts.

The state of Maharashtra’s recent beef ban – which threatens the livelihoods of a million Muslim butchers and truckers – would not have been imposed by any previous state government or supported by any previous administration in New Delhi.

Such bans are not really about beef, but about freedom. Indians have generally felt free to be themselves, within their dynamic and diverse society. It is that freedom that the BJP’s representatives and followers are challenging today.

The good news is that a backlash has already emerged. Nearly 40 distinguished authors and poets have returned their prestigious Sahitya Akademi (Literary Academy) awards to protest the silence of the academy and other government bodies following the killing of three intellectuals by suspected Hindu hardliners. A top scientist has now followed suit, returning his Padma Bhushan, the government’s third-highest honor. As these gestures highlight the explosion of Hindu chauvinism, support for Modi has begun to erode.

When Modi came to power, foreign observers lauded him as just the kind of decisive, business-minded economic reformer that India needed in order to fulfill its massive potential. During the election campaign, he seemed to recognize that achieving good economic results was more important than the politics of religious identity for which his party had been notorious.

To the dismay of many, Modi has underperformed economically, while the zealots have run amok, hijacking his development agenda. And his silence in the face of it all confirms what many in India had feared: his economic sloganeering was merely a ploy to secure power. Now that power is becoming a tool of the unsavory agenda pursued by the Hindu chauvinists who enabled his rise.

As a result, divisive politics is now overwhelming constructive economic policymaking. Unfortunately for India, this is likely to continue until the cows come home.

Previous: Under 14 Football Captain struggles for proper shelter
Next: The Western Roots of Anti-Western Terror 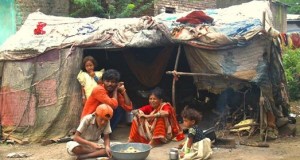