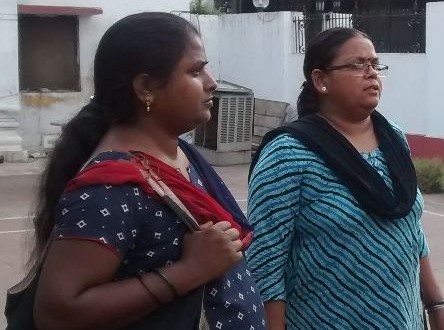 Women journalists and the never-ending harassment

Delhi: Kavita, the editor of Khabar Lehariya, the weekly in Bundeli, Bajjka, Bhojpuri, Awadhi and Hindustani dialects, has become conscious of a number of things since January this year when Saddam alias Nishu (22), a boy from Sonbhadra District, began stalking her and her team on phone.

The stalking case came to the notice of Akhilesh Government after Kavita wrote her plight on a website called theladiesfinger.com on September 14 and Facebook and other social media platforms built a campaign around it. Nishu was arrested within two days.

Khabar Lehariya is not the first case where women journalists have been subject to abuse and harassment. In Uttar Pradesh and various other parts of the Hindi belt, women journos are still looked at as property of parents and husbands. So much so that in Gorakhpur, father of a young convent-educated female journalist, would answer her phone.

Earlier when she was in Lucknow her entire editorial office would get up to ogle at her every time she stepped into the hall because she happened to be one of the few females who were part of the male bastion.

Sunetra Chaudhary, an anchor of NDTV television channel, talked about one such incident in a Mumbai-based newspaper in July 2011. She said a politician who had made some wild allegations to her rival channel had the nerve to tell her,

“Well, you know, if you were to share a bed with me, then at night I would be grinding my teeth and saying his name as well”,

“But, sir, isn’t this the first time you named him?”

asking him to recount the allegation.

A young reporter in a Delhi set up of a Mumbai magazine faced pressure from her top Delhi editor for sexual favours for several months before the case was brought to the notice of a young politician who owned the publication. To his credit, the politician took less than an hour in terminating the creep editor after he got to know about the incident.

Recently senior journalist Swati Chaturvedi became the butt of malicious sexist propaganda from Lutyensinsider, a popular twitter handle allegedly owned by a print journalist. The handle has since been suspended and Delhi Police are supposed to be preparing to put the offender behind the bars. We also have the case of TERI (The Energy & Research Institute) employee who is fighting a court battle against her former Director General R K Pachauri who repeatedly hit on her through emails.

Why should female journalists not also be judged by the same standards and skill sets we judge the male journalists with? Why should they be looked at by their sources and colleagues only as objects of desire? Why should social and digital media harass and gossip about them under the clock of anonymity?

Why should mobile phone, twitter handles, WhatsApp, Instagram and emails etcetera –  embolden an abuser by allowing him to keep his identity under wraps? And why should the police be reluctant when it comes to exposing and jailing the sexual predators?

It is everybody’s case that the police in the country either lack the wherewithal to trace a caller and twitter handle or simply do not have the will to go the distance though Section 67 of Information & Technology (IT) Act empowers them to book those found ‘publishing or transmitting obscene material in electronic form’,

Government departments, the police and even newsrooms are either not aware of provisions of Vishaka guidelines or the Sexual Harassment of Women at Workplace (Prevention, Prohibition and Redressal) Act, 2013 or not interested in implementing them.

Kavita has realised that police only work under political pressure and women in Indian society face violence at every step.

“Is police apathy not violence?”

she asks and then goes on to answer in the affirmative.

“We pleaded and prayed to the police numerous times since January 7 when Nishu first started calling us. We met DIG (Deputy Inspector General), SP (Superintendent of Police), Kotwal (Station Officer) and other police officers.

They assured us to arrest the offender within two days. They knew us as journalists and yet neglected our complaint”,

she recounts in a telephonic interview to Point Blank 7.

She shudders to imagine what would happen to a common woman being shadowed in a school, on Facebook or in a social organisation. Kavita says the police asked them to narrate abuses and obscenities Nishu threw at them.

“Inspector said if you do not state the vulgarities your case will fail. They made merry on our plight. We saw the police behaving badly with the public in police stations”,

Kavita wonders why officials in government departments bother so much about their gender and personal lives.

“They want to know if I am married why have I not applied bindi or sindoor? Why can they not answer our questions and let it be?”

she asks. There are around 40 women journalists who bring out the 8-page weekly which cater to rural segments of the society in parts of Uttar Pradesh and Bihar .

The attitude of the police is that until a woman is physical abused it does not constitute an offence and they are not obliged to go after the offender. Kavita and her Khabar Lehariya colleagues had to grapple with this when every time they narrated the threats and obscenities hurled at them by Saddam alias Nishu to the police they were always reminded that Nishu had not yet harmed them physically.

‘Kuchh kiya tau nahin’ (At least he hasn’t done anything to you) is what Kavita and her senior journalists were always reminded of by the police personnel.

Previous: British tribunal victory for Indian worker
Next: Dadri lynching sparks outrage, but in which direction? 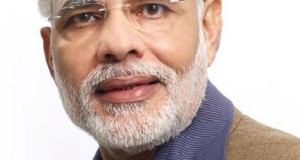