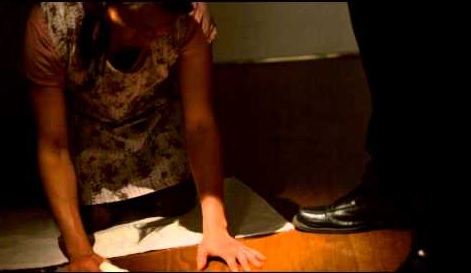 Adivasi (or indigenous Indian) Premila Tirkey has been awarded £184,000 ($280,000) by a British employment tribunal in compensation for four and a half years of exploitation while she was working as a maid for an Indian family in the UK. It is a landmark judgement.

Tirkey worked for Pooja and Ajay Chandhok in Milton Keynes. Her abuse followed the usual pattern found in trafficking and forced labour situations. Her employers relied on her lack of English, poor education and timid disposition, combined with being in an alien environment in a foreign country where she could not communicate with anyone else. As a live-in maid she worked up to 18 hours a day, and was not given a day off, even on Sunday. They kept her passport and bank cards locked up so she could not easily get away, and restricted her telephone calls to her family.

Yet Premila Tirkey is one of the lucky ones.

Millions of Adivasi girls are trafficked from their native villages in Jharkhand, Bihar, Chhattisgarh and Orissa, where desperate poverty and despair at feeding their families drives them to seek work in big cities far away.

Indian society, for the most part, is callous and cruel to the domestic help. There are no restrictions on working hours, salaries are low, the maids work under difficult conditions and are treated with little respect. But even worse, there is often physical and sexual abuse. Cases are reported regularly of child labour and of horrifically cruel treatment.

Girls have been burnt with an iron for a shirt not properly pressed; had hot oil poured on them; been denied food as ‘punishment’ for an imagined wrong. Burnt, battered, raped, starved, beaten. The list of horror stories is endless. Indian society still lurks somewhere between medieval and Victorian times with respect to the domestic help. The women in these households turn a blind eye to the sexual abuse by their husbands, fathers and sons. It is always the maid who ‘seduced’ the master.

It will take a very long time, and years more of education and campaigning, for the scenario to change in India. The UK tribunal judgement however, should serve as a wake-up call for abusive Indian employers in Britain, the US and other Western countries that forget that they are no longer back home where transgressions are lightly dismissed and even downright abuse goes scot-free.

This is not the first ugly Indian employer story to break in Britain, the US or Australia. As a BBC story and Premila Tirkey’s lawyer pointed out, the victim was bullied and mistreated largely because she came from a poor, uneducated ‘lower’ class. The BBC story wrongly labelled her as ‘low caste’.

Adivasis do not belong in the ‘caste’ system, having fortunately escaped it by virtue of being ‘outside’ the caste system and remained largely unsubjugated by the dominant Indian society. They retained a pride and dignity which the non-adivasi society managed to viciously stamp out of enslaved dalits and other oppressed castes. It is an important technicality even most Indians don’t understand it.

Returning to Premila Tirkey: she deserves recognition for having had the guts to run away, get help and raise the issue of Indian employers abusing their employees outside India.

Our embassies and consulates should issue guidelines to their staff on the treatment of those employed as a domestic help.

Most Indians moving abroad feel they can get away with behaviour unacceptable outside the Global South. Though some issues are local and cultural (sleeping on the floor is pretty common in India, beds not being the norm for the vast majority), wage exploitation, physical and mental abuse must stop. Only by naming and shaming the culprits can things change.

Kudos to Premila Tirkey, her lawyer and the tribunal which won her justice at last.