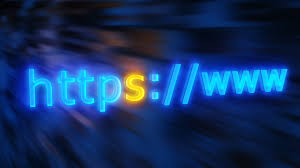 The biggest vulnerability of digital age: Lack of privacy

People, it is the WORLD WIDE WEB for a reason. You have the world at your fingertips, but you open yourself up to the world. Every time a site gets “hacked” I sit back and think. If you use a social application for dating, sharing, networking, you are vulnerable.

Our systems for privacy in the states are just a joke at this point. Foreign governments can hack our our bank accounts and our medical records. Statistically speaking most hackers do so for criminal purposes. Almost 60 per cent of cyber-attacks in July 2015 were cyber-crimes.

Today everything is digital. When we lose our phones, we give the world our personal passports. Our kids, our lives, our addresses, our marital status are all up for grabs on a single device. 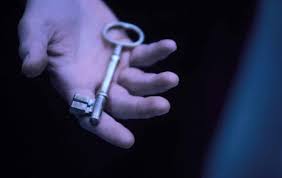 Almost 60 per cent of cyber-attacks in July 2015 were cyber-crimes.

When the Ashley Madison database recently got hacked, people seemed shocked. Why would they? This is not a show stopping headline. Guy/Girl gets caught cheating. It is just another example of WHY we are vulnerable as a culture. We have no privacy.

I am amazed that when I look at a product on Amazon, I see it following me on ALL my social sites. I have my customers use this kind of marketing. This form of advertising is called re-marketing. It is offered by Google Adwords. We are not “privately” shopping, we are not “privately” looking at anything on the web. We are tracked and our habits are used to target us for things we have purchased in the past.

If you want to be “private” you can’t do anything to leave a digital footprint. Even your car can be hacked — nothing is off limits when it comes to the World Wide Web. When you are connected, you are opening yourself up to be vulnerable.

According to a recent Fortune survey, most of 52 per cent of companies that responded to the survey said they were “likely” to be successfully hacked in 2015. That is a scary thought, but 71 per cent admitted to being hacked in the year prior. That is even scarier.

Even your computer tells on you.

Many computers come with built in spyware that sends information back to the company. Lenovo and Microsoft, were most recently outed for this.

Even when you reset them to factory settings, they re-install the spyware — sending your “private” information back to the company via the web.

Just try to be as uninteresting as you can to a hacker. Sound good (she says half joking.)

Previous: Why Jihadi terror is a threat to India
Next: OROP: Modi govt must know that ‘Acche Din’ will last only with ‘Acche Karm’ 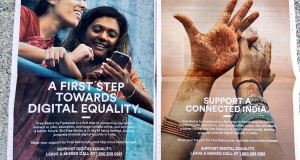 Facebook is no charity, and the ‘free’ in Free Basics comes at a price