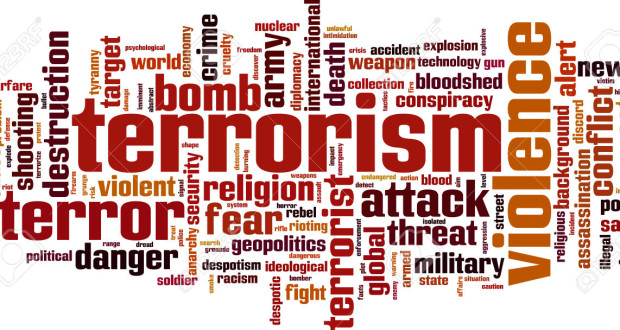 Why Jihadi terror is a threat to India

New Delhi: It was sometime in early 2001. We (I and a reporter from Indian Express newspaper) were at Lodhi Colony office of Special Cell of Delhi Police to interact with Mohammad Arif alias Ashfaq, a Pakistani terrorist who is accused of Red Fort shootout which claimed three lives on December 22, 2000.

Ashfaq has been languishing in Tihar jail since 2000. In April last year, the Supreme Court stayed his execution and referred his petition for release to a Constitution bench.

Special Cell sleuths allowed the interaction because nothing could have bolstered their claim on Ashfaq’s Pakistani identity and terror camps in Pakistan better than hearing or reading it in the media in first person. Ashfaq, his hands and feet chained, was made to sit between the two of us. We questioned him on why, when, what, where and how, the fundamentals of building a news story and this is what unfolded before us.

Ashfaq received training in a Lashkar-e-Toiba (LeT) camp at Muzaffarabad in Pakistan occupied Kashmir (PoK). Besides training in handling of arms, he was indoctrinated or brainwashed on condition of the minority community in India.

“I was told day in and day out that people from our community are not safe in India. They are killed the moment they venture out of their houses,”

the young man recounted to us explaining his raison d’être for taking up jihad.

Ashfaq taught in a Madrasa for a while before crossing over into Jammu & Kashmir in August 1999. Eight months later, the LeT sent him to Delhi to carry out a special operation.

His six months in Delhi, according to Ashfaq, were an eye opener for him and turned his beliefs upside down. The situation in India’s national capital was opposite to what he was taught in the terror camp.

“Here I found people moving around freely. I would travel from East Delhi to Connaught Place to South Delhi and back without any hassle.  There was no discrimination on religious lines either at work or in the society,”

Ashfaq easily procured an identity – a fake ration card and a driving license and a bank account – for renting a house in South Delhi. He even found a partner for running a computer centre in Gafoor Nagar of Okhla. A fortnight before the Red Fort shoot out, he even married Rehmana Yusuf Farukhi, a woman with whose family in Ghazipur (East Delhi) he had moved in.

His lavish applause for India’s composite culture and secular democracy made us believe for a moment that he has turned his back on terrorism. Thus, a corollary from my young Express colleague ‘What would you do once you come out of the jail?’ seemed natural and perfectly in order.

“I will wage Jihad again,”

he declared without batting an eyelid, leaving us stupefied.  His answer flied in the face of reason.  But why single him out. Every jihad of negative connotations does. Be it the one pursued by the ISIS which releases videos of beheading its victims and justifies execution of women for not taking part in sexual jihad or one practiced by the LeT which prefers killing of a jihadi to capture (no wonder terrorist Mohammad Naved alias Usman’s father Yakub fears for his life from the organization in Faisalabad).

I was hardly surprised when I heard Usman tell his captors in Udhampur on August 5 ‘I came to kill Hindus…. Had I been killed, it would have been Allah’s will. There is fun in doing this’, smilingly and matter-of-factly.

For terrorists training in terror camps across Pakistan belonging to the LeT, Jaish-e-Mohammad (JeM) and Hijbul Mujahedeen etc., India is a Hindu nation where people from their community face constant oppression and persecution. The hardened Jihadi instructors in the camps make every attempt to imprint the images of 2002 Gujarat riots, demolition of disputed structure in Ayodhya and action against terrorists in Jammu & Kashmir by Indian security forces on the minds of young, impressionable and radicalized Pakistani boys.

The trainees and potential suicide bombers are taught in the camps to believe that if they lay down their lives or kill in fighting for the Islamic cause Allah will open the gates of paradise for them and 72 virgins (houri) will be waiting there to take them into arms.

The training particularly in the LeT camps which follow Ahle Hadith ideology prescribes strict adherence to Islamic principles and practices and emphasizes on importance and virtues of Jihad. Apart from being taught to hate Hindus, ‘the enemies of Islam’, the terror camps particularly the ones belonging to the LeT instill hatred for Indian security forces.

The LeT looks at the separation of Kashmir from India as part of the restoration of Islamic rule over the entire country. The training courses of different durations teach trainee terrorists how to use hand weapons, use of shoulder-fired weapons, use of heavy artillery weapons, take hostages and sustain on dry fruits for long.

Many Islamic scholars in India and abroad often find fault with the definition of jihad delineated by the terrorist groups. They feel the definition is far removed from Islam and Hadith. A madrasa at Dargah Aala Hazrat in Bareilly has now even decided to teach the difference between Islam and violence to its students. The madrasa soon plans to introduce a course named ‘Islam and Terrorism’ with Hadith for its graduate students.

The terror camps, in fact, only builds on a foundation laid by Pakistani school system which fosters among students’ intolerance of Hindus and other religious minorities.

A report by US commission on International Religious Freedom based on review of 100 textbooks from class 1 to class 10 and interview of over 500 students and teachers in 56 public schools and madrasas in Pakistan last year found that the textbooks in Pakistan promoted systematic negative portrayal of minorities and Hindus and Christians in particular.

Christians are 2 per cent of the Pakistani population while Hindus constitute less than 1 per cent.

The report noted that Islamisation of textbooks began under dictator president General Zia-ul-Haq and embedded among students that Pakistan’s Islamic identity was under constant threat from Hindus and Christians.

“The anti-Islamic forces are always trying to finish the Islamic domination of the world,”

the report quoted a passage from social studies book prescribed for class 4 students in Punjab state. The report said,

“Hindus are repeatedly described as extremists and eternal enemies of Islam whose culture and society is based on injustice and cruelty, while Islam delivers a message of peace and brotherhoods, concepts portrayed as alien to the Hindu.”

The brutal, irrational and remorseless Jihadi terrorism made and sponsored in Pakistan is not only a tragedy of immense proportions for Islamabad but also a major challenge for Indian security establishment.

The fidayeens hardly leave Indian security forces with a choice.

Previous: Incredible Village In Africa Provides Refuge For Survivors Of Sexual Violence
Next: The biggest vulnerability of digital age: Lack of privacy