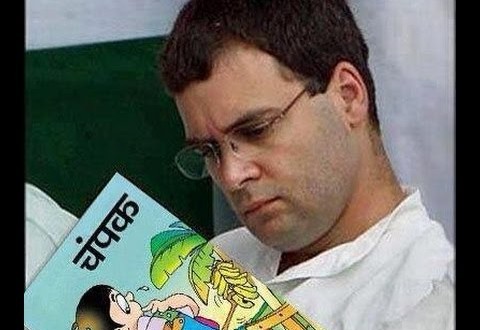 With no doubt in the public’s mind that the present monsoon session will be a complete washout with zero productivity, Twittterati has taken to tweeting their displeasure about Congress MPs whom they blame for stalling Parliamentary activities. Pointblank7 presents a few choice rant tweets on #CongressMPs.

This is what Congress MPs have done all monsoon : EAT. SLEEP. DISRUPT. REPEAT ! !

@TimesNow For Shameless Congress MPs, it is not "Monsoon" Session of Parliament For them, it is "MOM-SON" Session to Disrupt INDIA

Dear Congress MPs , People have voted you to ask questions in Parliament not for protesting outside of it.

Congress MPs want to punish INDIA for not allowing them another 5 years of scams. Don't think you're fooling anybody except yourselves.

Congress MPs have pushed the entire opposition to the wall and did not let them speak on any issue. #AAPkaJungleRaj https://t.co/RupQoRDT1H