About a simple, genius, Indian president

New Delhi:  It was sometime in August 1998, around three months after Pokhran II, the series of five nuclear tests India conducted in the desert of Rajasthan.

Avul Pakir Jainulabdeen (popularly known as APJ) Abdul Kalam, then Chief Scientific Advisor to Prime Minister Atal Behari Vajpayee and Director of Defence Research Development Organization (DRDO), had already become a household name in the country owing to his contribution to the tests.

I was looking to do an interview with him and was advised by a senior journalist to visit Asiad Village in South Delhi. Kalam was then putting up in DRDO guesthouse in the sprawling complex. I was told it might be possible to strike a conversation with him during his long morning walk. It could not be. Despite my frequent visits to the township sandwiched between Shahpur Village and Siri Fort auditorium, I could not see him.

But it did help me to know more about him. I got to interact with quite a few government officials at the guesthouse working in proximity to him. His cook hailing from Uttarakhand told me about Kalam’s simple and frugal eating habits.  “He is a vegetarian and loves whatever I serve to him. His favourites are South Indian dishes,” he recounted during one of our meetings in the guesthouse. I got to know that Kalam was in the habit of signing files and eating while sitting on the floor. Moreover, he would go off to sleep at 2 am and religiously get up four hours later for his walk.

By June 2002 when National Democratic Alliance (NDA) announced his candidature for the presidency, he had become a darling of the media. So much so that I got a dressing down from my Deputy Editor for not focusing on interviewing him. I had called her after meeting a Samajwadi Party member who had promised me front page stuff. “Don’t waste your time. Nobody wants to read about him. Go and get me an interview with Kalam,” she snarled before cutting the call. Subsequently, Kalam did call me back for a brief interview.  But it was not run in question-answer format.

I had spoken to President’s Press Secretary on a couple of occasions in the past. But once Kalam moved into the Raisina Hill as 11th Indian President the Press Secretary’s office got into an overdrive. Suddenly, officials working under Press Secretary S M Khan had much to share with the press. They would tell me how Kalam was in the habit of doing his homework about his prospective visitors, how he would surprise them with his knowledge and how his ascent to presidency had flooded Rashtrapati Bhavan with letters from common people. They also told me about how every other small inventor would rush to Kalam first to exhibit his innovation.

Rashtrapati Bhavan was being informed about the possibility of installation of bio-toilets in trains. Kalam took greatest interest in using science for development of bio-implants and reaching out to children and youth. He made sure that the mighty walls of the first citizen’s official residence did not intimidate hoi polloi. One of the officers told me how he and his colleagues found it difficult to get proper sleep during Kalam’s visits to Mumbai and other places outside New Delhi. “In the case of earlier Presidents, there would always be an effort to reach back the national capital by 10 pm. But with Kalam Saheb, we take it easy till after midnight because he retires to bed only at 2 pm.”

Another officer remembered an incident further cements the fact that despite being the most accessible and down-to-earth among the presidents, Kalam was incorruptible. It happened during his presidency. His elder brother APJ M Maraikayar recommended a man from Rameshwaram for a government job to him. When the man met Kalam in Delhi the latter asked him to study and clear a competitive test for the same. His elder brother, I was told, was upset with Kalam for a while but realised later that it was not in his younger brother’s nature to subvert rules.

Born to a fisherman’s family, Kalam studied in a local school in Rameshwaram, a holy town in Tamil Nadu. His autobiography Wings of fire (1999) claims that a lecture from his science teacher Sivasubramania Iyer changed the trajectory of his life and made him pursue aeronautics engineering. Iyer told him how life energy of the birds – locomotive force behind the flight – helps them to flap their wings and change direction using their wings and tail. He, subsequently, studied aeronautics engineering from Madras Institute of Technology.

Not only did Kalam play a significant role in keeping the 1998 nuclear tests hidden from the world till India made the announcement with successive bangs, he also was the only president to have flown a Sukhoi fighter jet, travel in a submarine and travel to the Siachen glacier, and the Line of Control (LoC) which separates India and Pakistan. He also had the distinction of addressing Indian Science Congress. Kalam, a recipient of highest civilian honours Bharat Ratna and Padma Vibhushan, received honorary doctorates from 40 universities across the globe.

He will be remembered for being a positive thinker and for his belief that India would become a knowledge superpower and a developed nation by 2020. A Veena player, Kalam had keen interest in Carnatic music. Like former Prime Minister Atal Behari Vajpayee, he remained a bachelor all his life. And like Vajpayee, the Missile Man put India first in every act that he performed during his lifetime. So much so that he supported the setting up of Kodankulam Nuclear Power Plant, which has raised the heckles of large number of activists in his home state.

Moreover, from June 20, 2007 when he demitted the Rashtrapati Bhavan, he aimed at inspiring students in colleges, universities and science and space institutes. Kalam was a visiting professor in Indian Institutes of Management, Shillong, Ahmedabad, Indore and an honorary fellow at Indian Institute of Science, Bangalore and Chancellor of Indian Institute of Space Science & Technology, Thiruvananthapuram. No wonder, I am Kalam, a Hindi film released in 2011 portrayed a boy Chhotu changing him name to Kalam in his honour of his idol.

The octogenarian breathed his last in Shillong on July 27 but his ideas and positivity will survive and continue to motivate India’s demographic dividend for generations.

Previous: It’s Justice Dave Vs Justice Kurien on Twitter
Next: Healthcare For Women In Times Of Distress 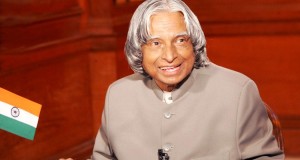 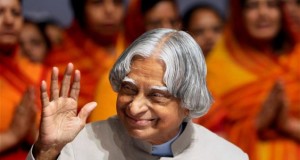