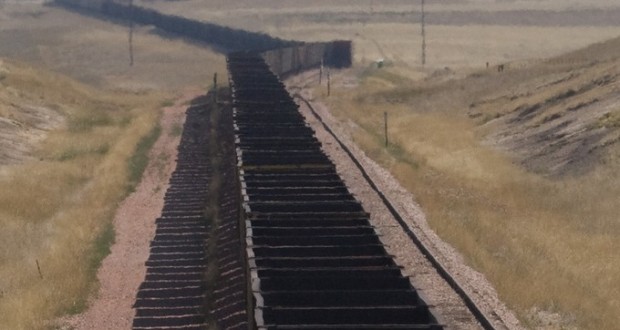 While many people in India live without electricity, it is looking less likely that Australian coal will supply it | Coal Train. Photo courtesy Kimon Berlin via Creative Commons

The case for Australian coal in India is weakening

“India needs Australian coal” is a view promoted by government and industry alike, most recently in the Institute for Public Affairs’ latest report. The report argues that opening up Australia’s Galilee Basin for the export of coal to India will provide 82 million Indians with electricity to transform their lives.

This echoes sentiments previously expressed by the coal industry and Prime Minister Tony Abbott. In response to a contrasting report released today by the Climate Council, arguing that Galilee coal is “unburnable”, Michael Roche of the Queensland Resources Council replied:

We also know that no credible forecaster expects India to be able to meet Mr Modi’s target without use of imported coal to supplement domestic supply.

But is there really a case for Australian coal in India? The evidence suggests not.

From 2003 global demand for energy boomed as China and India stepped up their consumption. India’s domestic production of coal was constrained for a variety of reasons, so Indian investors (notably Adani and GVK) sought to develop the untapped coal resource in the Galilee Basin.

Currently, GVK has two mines with conditional environmental approval and Adani has conditional approval for the Galilee Basin’s largest mine (Carmichael Mine), a rail project and expansion of Abbot Point Coal Terminal.

But recent reports highlighted on ABC’s Four Corners suggest that the economic case for the Carmichael mine is weaker than supposed. This would appear to be backed up by fresh reports that Adani has halted work on key infrastructure supporting the mine.

In seeking to grow and create energy access for all, influential people in India are sending out conflicting messages on strategies for energy provision.

Adani appears to be hedging bets on the future of energy in India by signing a US$4 billion Joint Venture with SunEdison to manufacture low-cost solar panels and announcing a target of 10 gigawatts of generation from solar power by 2022.

This could have something to do with India’s Power and Coal Minister, Piyush Goyal, stating that the nation would step up domestic production and stop imports of thermal coal within three years.

India’s rejection of imported thermal coal, even within the next 10 years, would damage the financial viability of developing the Galilee Basin.

Looking more closely at energy use in India weakens the economic case even further. The Indian states with the lowest levels of domestic access to energy tend to be in the north east.

They are rural agrarian communities with, according to the Indian Planning Commission, an annual per capita gross domestic product of just US$500-1000. Low income levels provide little room for expenditure on electricity or electric goods. Consequently, the Planning Commission reports that state electricity utilities run at a loss due to high levels of unauthorised use and technical failure.

The costs of developing the Galilee Basin are enormous.

Investment requires coal mine development, rail infrastructure, port expansion and coal mine operation costs. After that the coal needs to be transported to India and then from the coast into rural states.

According to the GVK and Adani Environmental Impact Statements, investment will total well in excess of AU$50 billion over the 40 to 60 years of the projects
.

After that there are very large costs required to bolster the Indian grid to distribute power to rural areas. It is unlikely that humble households in rural north east India would be able to afford the electricity provided from this level of investment.

Even for very low levels of electricity consumption, the number of Indian homes without access to electricity, translates into a large requirement for electricity infrastructure.

However, electricity for those homes can only be afforded for a few hours a day. Coal fired power stations by contrast are not engineered to switch on and off as demand is required.

What has made electricity from coal technically and financially viable in countries like Australia and China is a high level of electricity consumption from industry.

The Indian states where large numbers of homes have no access to electricity are largely agrarian with little industry. So there is a mismatch between what the rural poor in India (and indeed in Africa) need, and what coal-fired power stations can provide.

China is the poster child for the coal industry’s message that coal can end energy poverty. But China’s success has come at a cost.

China’s Health Minister from 2007-2013, Chen Zhu, a professor of medicine and molecular biologist, stated in an article in the Lancet in 2013, that lung cancer is now the leading cause of death in China and that between 350,000 to 500,000 people die prematurely each year as a result of pollution. There is not a single Australian that would welcome the privilege of having to live with the air pollution that has come with China’s development.

While the coal industry, the Institute of Public Affairs and the Abbott government do not address them, the costs associated with pollution from coal fired power stations are very large. Including these costs in proposals would dramatically change the cost-benefit result associated with reducing energy poverty. According to the former Health Minister’s article in the Lancet, China for instance is planning to spend US$278 billion over five years in an attempt to control pollution.

After heavy investment in coal, India will need to spend tens of billions of dollars every year attempting to make densely populated areas liveable.

Coal is not the only option

So are the costs and complexities of addressing rural energy poverty just too vast to resolve?

Not long ago, rural communities in India and Africa had little hope of access to computing or telecommunications. And yet without heavy investment in mainframe computers, telephone exchanges, poles and wires, advances in technology have enabled the roll-out of affordable, low-function mobile phones and laptop computers.

There is no reason why energy access for the rural poor shouldn’t take the same course. Alternative energy technologies like solar, coupled with battery storage, are rapidly decreasing in cost.

Like mobile phones are to old land-line telephony, renewable technologies are quicker and easier to install and operate than are mega coal-fired power stations.

There is reason to believe that India may be able to move straight to alternative energy technologies to meet its development goals. Mining coal in the Galilee Basin may only benefit Australians.