New Delhi: Samajwadi Party Government’s assertion that Jagendra Singh, who was allegedly burnt alive at the behest of Ram Murti Singh Verma, its Minister for Backward Classes Welfare and known mafia, was no journalist flies in the face of social media and internet which are emerging as major challengers to electronic and print channels of communication.

Singh’s Facebook page not only reads like an anguished cry of a crusading reporter against murderers, rapists and scamsters, encroachers of land and illegal miners, it also enjoyed no less visibility than a small tabloid or a news channel in a small city like Shahjahanpur would.

Shahjahanpur Samachar had 1,828 followers and was a major source of news for local journalists. Add Jagendra Singh’s 3165 personal followers and the number becomes quite substantial.

On certain days, the blog post carried even 15 reports pertaining to crime, health, education, politics and history, a number which would be enough to fill up a four-page tabloid.

Though Singh’s reporting at times lacked balance (did not carry version of the accused), it did not lack courage and purpose. In fact, bravado was something Jagendra was brimming with. He did not step back even in the face of grave danger.

A journalist with Dainik Jagran, the top vernacular in Uttar Pradesh, indicates this when he says,

“One has to work within certain constraints and know what can be flogged to what extent. I hope you understand.”

It is abundantly clear when it came to exposing Ram Murti Singh Verma Jagendra Singh pushed the envelope a bit too far. Considering that at least three journalists (Santosh Srivastva, Suresh Sharma, Pradip Shukla) lost their lives, one (Sadhu Ram) went missing and another (Narendra Yadav) had his throat slit in last one decade in Shahjahanpur, Singh should have been a bit more careful. These are the words of hindsight you hear when you interact with local journalists in the city.

Singh took Verma head on, pursued rape of an anganwadi worker involving him and his henchmen and allegedly exposed his land grabbing with photographic evidence. Like a true, fearless investigative reporter, the social media journalist wrote about illegal mining on bed of Garra River, scam in insurance money meant for farmers and graft in police and district administration.

Show me the face and I will show you the rule

Singh faced a serious threat to his life and even expressed his apprehension in a Facebook post on May 22 saying,

“Ram Murti Verma can get me killed. Presently all leaders, goons and police are after me. Finding it difficult to write truth. State Minister Verma is conspiring to murder me.”

What is shocking is that instead of providing him protection, the police booked Singh in a kidnapping case. It showed exemplary alacrity in raiding Singh’s residence on June 1 but has failed to question Verma, the policemen or others named by the deceased in his dying statement and FIR lodged by Jagendra’s son.

Singh can be seen asking in a video recorded statement before his death on June 8,

“Why did they have to burn me? If the minister and his goondas had a grudge, they could have beaten me instead of pouring kerosene and burning me.”

Chief Minister Akhilesh Yadav and his party have refused to take action against Verma, a step which could allow the absconding minister to tamper with crucial evidence.

Singh’s family has expressed distrust in UP police and is insisting on a probe by Central Bureau of Investigation (CBI).

“How can we trust DIG Bareilly? When Papa was beaten up leading to fracture in his leg, he met DIG, IG and others none of them listened to his plea.

He feared for his life but they refused to give him security. How can we trust them?”

Rahul, who has appeared for M.Com Final year examination, alleges in a conversation with Point Blank 7 that they (police, district administration and local Samajwadi Party leaders) are coercing his family to compromise.

“Policemen’s suspension is an evidence of their complicity in the crime. Why haven’t they been arrested?”

The alleged burning of Singh has been followed by attacks on two other journalists in the state.

First Deepak Misra, a journalist with an eveninger was shot at in Kanpur on June 11 and then two days later a television journalist in Pilibhit Haider Khan was tied to a vehicle and dragged for a distance resulting in serious injuries to him. Khan allegedly exposed land usurpation by an influential person.

Uttar Pradesh saw a spate of violence against journalists around August 2013 too when at least half a dozen reporters were attacked in Muzaffarnagar, Etawah, Banda, Bulandshahar, Lakhimpur Kheri and Azamgarh.

While Rajesh Verma, a stringer of IBN 7, was shot dead in Muzaffarnagar during communal riots there, Dainik Aaj reporter Rakesh Sharma got killed in Etawah in August 2013.

A local television reporter Shashank Shukla was killed in Banda while body of Zakiullah, a journalist, was recovered in Bulandshahr.  Lekhram Bharati, a journalist in Lakhimpur Kheri was killed while a senior journalist Suresh Bahadur Singh was attacked in Azamgarh around the same time.

According to International News Safety Institute (INSI), a British NGO, 13 journalists were killed in India in 2013 making it the fourth most dangerous country for journalists in the world preceded by Syria, Iraq and The Philippines.

According to Press Council of India, a statutory body, 70 journalists have been killed in India in last two and a half years, a majority of the killings having been reported from Uttar Pradesh. The INSI puts the toll at 69 between 2004 and 2014 making India the fifth most dangerous place for journalists after Iraq, the Philippines, Pakistan and Mexico in the decade.

“There is an unwillingness to accept criticism,”

Singh claims adding that it was ‘disgraceful’ on part of Akhilesh Government not to take action against Ram Murti Singh Verma despite there being a prima facie case against him.

Former Chief Information Commissioner and a native of Lucknow, Wajahat Habibullah feels India’s transition from a cloistered society to an open society was taking a toll on journalists. He blames vested interests for violence against media.

Habibullah, however, finds it surprising that civil society and media have not reacted strongly against the menace.

“The civil society and the media have not stood up against the manner in which journalists are being persecuted. They should have reacted much more strongly,”

Former Information Commissioner M H N Ansari looks at the phenomenon as an extension of poor law and order in Uttar Pradesh. He is of the opinion that media’s efforts to expose corruption are not going down well with the powers-that-be.

Prakash Singh also finds fault with media particularly in Uttar Pradesh accusing journalists of having been on government’s payrolls. His claim seems to be an understatement.

It is no secret how journalists in mofussil towns and cities of the country operate. Many of them collect money for every inch of space they provide to politicians.

“They are taking money both ways (for reporting as well not reporting). Media is one segment of the society which is beyond accountability,”

Certain news organizations and television channels encourage their reporters to collect money. There are newspapers in Northern India which consider their Identity Cards as a means of minting money.

“We only provide I-cards. Go out and make money,”

a newspaper openly tells journalists at the time of recruitment. Samajwadi Party supremo Mulayam Singh had dozens of journalists on his government’s payrolls during an earlier stint as Chief Minister of the state.

The violence against journalists in UP is also a reflection of politicization of criminals in the state. A number of Akhilesh Yadav’s cabinet are history-sheeters and 189 MLAs in the state (around 47 per cent) have criminal records.

Previous: Skype These Kids to Help Them Read
Next: A Never-ending Trial By Fire For Women Burn Survivors 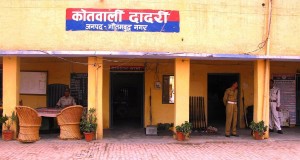 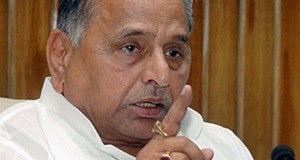 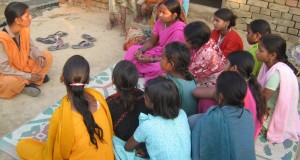