The punishing pace of news television has not deterred women journalists, who remain committed to their chosen field. (This image is for representational purposes only)

Under The Spotlight: Women In Media

Delhi (WFS) – Arifa Noor, resident editor of ‘Dawn’, a daily newspaper published from Islamabad, Pakistan, describes her role as a woman journalist in the following words:

“It’s my job to think differently – on war, on politics, on crime and everything else that is covered by the paper I edit. I am here to provide diversity, to celebrate difference. Women are not here [the media] to be limited to a topic or an issue. We are here and we are the difference.”

But are women journalists able to provide these crucial interventions in the face of increasing threats, harassment, abduction and sometimes death in a host of South Asian countries?

A recently published report on the state of the media in South Asia, titled ‘The Freedom Frontier: Press Freedom in South Asia 2014-15’ looks at how journalists, both female and male, are forging forward in the face of tremendous challenges in the region. The report spans India, Pakistan, Sri Lanka, Nepal, Bangladesh, Maldives and Afghanistan.

The report lists some of the cases of extreme brutality that occurred against journalists in 2014-15, forming a continuum in a series of attacks against the community during the last decade. Among those attacked were several women media workers.

Sabeen Mahmud, the Pakistani media activist, was gunned down on April 24, 2015, in Karachi because she dared to host a panel discussion on the ‘taboo’ subject of Balochistan.

In Afghanistan, Palwasha Tokhi Miranzai was murdered in September 2014 because she had dared go against the Taliban diktat of stepping outside her doorstep to work for Bayan Radio in the northern city of Mazar-i-Sharif.

In Bangladesh, Nadia Sharmeen of Ekushey TV, who had gone to cover a rally, was attacked by fundamentalist Hifazat-e-Islam workers, who believe all women must remain behind ‘purdah’.

Professionals in India have encountered their share of challenges.

Shirin Dalvi, the Mumbai-based editor of the Urdu daily, ‘Awadhnama’, was forced to go underground after an arrest warrant was issued in her name in January 2015 for republishing a ‘Charlie Hebdo’ cartoon on the front page of her newspaper. She had to go into hiding leaving her young children after fundamentalist threats. More recently Shiv Sainiks demonstrated outside the Mumbai home of well-known columnist Shobhaa De for ‘defaming’ the people of Maharashtra.

Last year in September, more than 40 women journalists were put behind bars for daring to protest against the high handed behaviour of Telangana’s chief minister K. Chandrasekhar Rao.

He had pressured cable operators to stop airing two cable channels, TV 9 and ABN Andhra Jyoti, because they were telecasting what he believed was anti-Telangana sentiment. In Delhi, an anchor working at India TV had swallowed poison in a suicide bid in her office in June 2014, allegedly because her bosses were putting pressure on her to entertain some powerful people whom she declined to meet.

Despite such attacks and confrontations, the numbers of women journalists, who continue to brave the tremendous odds to carve a niche for themselves in the world of print, TV, digital and radio is on the rise. 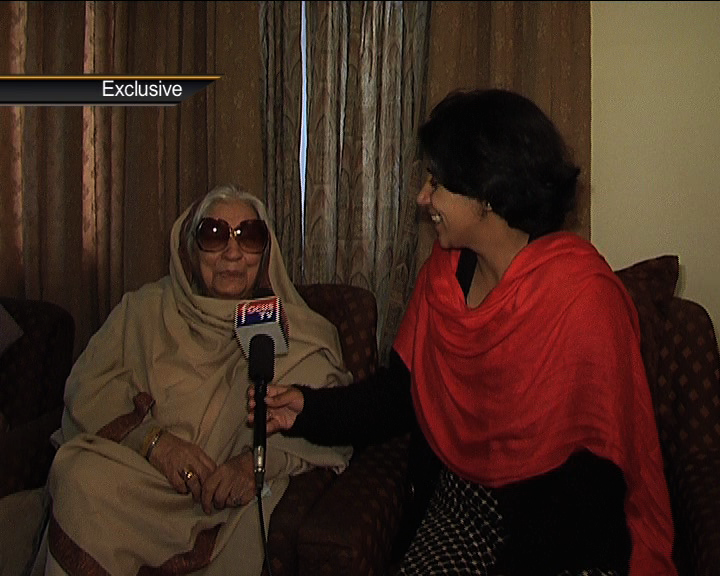 Despite attacks and confrontations, the number of women journalists, who continue to brave the tremendous odds to carve a niche for themselves in the world of print, TV, digital and radio, is on the rise. (This image is for representational purposes only)

To better understand their situation, the International Federation of Journalists, Asia Pacific (IFJ), also undertook a survey of gender and media across seven South East Asian countries, an activity sponsored by United Nations Educational, Scientific and Cultural Organization (UNESCO) and UN Women. Their findings show women working in multiple media and proudly admitting that their primary motive for joining the profession is “love of journalism”.

The majority of these female professionals work in the preferred area of reporting. Even in violence prone areas like Peshawar, women are determined to work on the ground as reporters, coping with often hostile colleagues and fundamentalist forces.

As one woman reporter, who covers assignments in this frequently Taliban-besieged city put it,

“For a female TV journalist, it is like being in a battlefield with enemies on all sides.”

In fact, the situation is so dire that in the Federally Administered Tribal Areas in Pakistan a woman who went to the local press club was told not to come again as her visit would endanger the lives of the other club members.

In Pakistan’s conservative pockets, as per the findings of the report, many women prefer to work in the relative anonymity offered by radio than on television.

In Sri Lanka, many have opted for the digital media because years of prolonged ethnic conflict had resulted in greater censorship on the print media. The online platform provides a safer and more independent alternative.

Full-time work, however, continues to be difficult to find for women journalists.

The survey has highlighted that while 72 per cent of men in Pakistan have full time jobs as compared to 47 per cent women, in Sri Lanka 30 per cent of the respondents happened to be freelancers, with women comprising the majority.

The conclusions are hardly heartening. The average woman journalist faces poor working conditions, low wages, insecure employment under the contract system, hazards of working in late shifts and nights shifts, often with no transport provided, and denial of leave, including maternity leave.

Sexual harassment is another problem, with 18 per cent of the women interviewed admitting to having faced harassment at the workplace.

This is not to say that their male counterparts are having an easy time either, as they too frequently face the wrath of militants, bureaucrats, politicians, the military and security forces.

The year 2014 saw the death of 14 journalists in the region, the majority being targeted killings. India saw four deaths of which two were targeted killings. The IFJ report focuses on the issue of impunity as the perpetrators of these crimes go scot free in many cases. The report carries vivid photographs of bold protests organised by journalists against such attacks. It also places the issue of gender equality within the wider context of press freedom.

According to senior journalist Sujata Madhok, who has contributed to the report and the gender survey from Delhi,

“Women journalists have high visibility today, especially on television. Yet, life is not so glamorous for the majority, who are overworked and underpaid. A few upper class women, with the advantages of money and family connections, have achieved career success but the rest are denied decent working conditions, good wages and decision making powers. Their struggles, both within the home and at the workplace, need to be acknowledged.

Previous: Young Zaiba Changes The Game For Children
Next: Why The Maggi Affair has angered and enthralled India