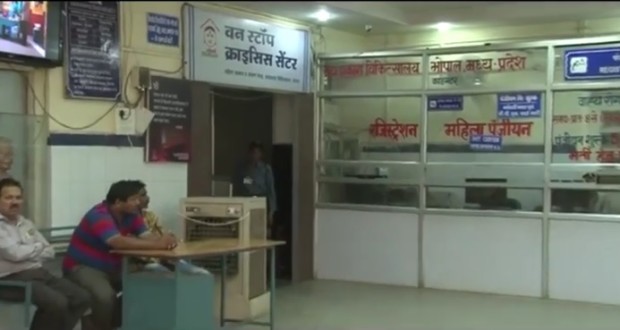 One stop crisis center at Bhopal | Photo : screen shot from a video by Swati Zade/kaithwas on the inauguration of the OSCC center

Bengaluru (WFS) – * “Beta, keep an eye on her while I go to the clinic,” said Mona’s mother to the young man, who had rented a room in her apartment as a paying guest. He had come to town to prepare for an examination. After she left, he enticed Mona, 7, on to his lap on the pretext of showing her a new ringtone on his mobile. Before the child could comprehend what was happening to her, he molested her. When her mother returned a few hours later she found Mona dazed and disoriented. It took the child several hours to open up. The man flatly denied everything, claiming he had been in his room reading a book all along. Mona’s mother did not know what to do – the man was a relative of her in-laws, and she was terrified by the prospect of ostracism or worse. And there was no proof. The child ended up with behavioural problems and no one suggested counselling.

* When Diya, 19, lost her job at the supermarket, a relative suggested she contact Ajit, a cousin of her friend, who could help her find employment. Diya called him and fixed up to meet at a bus stand from where he was to take her to a prospective employer. Instead, Ajit led her to an isolated area, raped her and then fled. In a state of shock, Diya went to a private clinic with her parents where they were directed to go to a hospital six kilometres away. What followed was as nightmarish as the sexual assault itself. First, she was subjected to a volley of embarrassing questions and an invasive examination and then at the local police station she was sent from one desk to another with more offensive questions to answer. She relived her trauma countless times that night and yet three days later there was still no FIR and she had no clue what her options for justice were. Meanwhile, Ajit simply disappeared.

One rape or molestation every hour. One every 90 minutes. Or two hours.

Never mind the statistics, activists and law enforcers agree that the numbers reported and recorded officially are only a fraction of the real incidence of sexual assaults on women in India. In fact, according to one estimate, one-in-ten incidents go unreported for reasons ranging from shame, socio-cultural perceptions of family ‘izzat’ (honour), the lack of information on where to turn, fear, and, of course, the intimidating laws.

According to Donna Fernandes of Vimochana, a forum for women’s rights in Bengaluru,

“Most victims get kicked around, from one department to another, like a football – at the hospital, the police station, court. There is no sensitivity to the woman’s distress.” 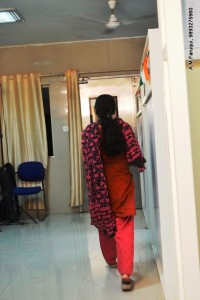 A ‘One Stop Crisis Centre’ (OSCC) caters to the immediate medical, legal and psychological needs of women who are survivors of physical and mental abuse, with an assurance that their consent and confidentiality will be respected and protected | Photo Credit: A. M. Faruqui (This image is for representational purposes only)

It is to overcome these agonising hurdles in the system that the Justice Verma Committee, created in the wake of the 2012 Nirbhaya rape case, called for setting up One Stop Crisis Centres to cater to the immediate medical, legal and psychological needs of the survivors. The country’s first One Stop Crisis Centre (OSCC) was set up on June 16, 2014, at the J.P. Hospital in Bhopal, Madhya Pradesh, with basic infrastructure and easy access to emergency cases.

Besides medical and legal aid, Gauravi – that translates as “dignity of women” – offers counselling for victims, which is as important as physical healing. International non government organisation ActionAid, which is associated with this OSCC, trains the staff – there are three counsellors, including qualified clinical psychologists at hand and four telephone operators work round-the-clock monitoring five lines that are toll free.

There is also a 108 ambulance attached to the centre. Additionally, lawyers connected with the centre give assistance and support during procedures like filing FIR. For women who cannot come to the centre, there is a trained outreach worker to lend advice and help.

At Gauravi, not only cases of sexual assault but domestic violence and dowry harassment are also tackled. And all the services are free of charge. A woman can walk in with the assurance that her consent and confidentiality will be respected and protected.

“Essentially, Gauravi does not look at the women as clients, it offers sisterhood,”

says Sarika Sinha of ActionAid, who has overseen the working of this pioneering centre for a year now. Recently, Sinha and her colleague, Shivani, interacted with activists from Vimochana and other Karnataka-based NGOs to talk about the trials and successes of running the OSCC.

A joint initiative of the Department of Public Health and Family Welfare, Government of Madhya Pradesh, and ActionAid, supported by the police department, Gauravi’s staff of 10 focuses on the victim’s needs, without compartmentalising services. By contrast, at regular police stations and in court the main thrust is on establishing the crime and nabbing the perpetrator, regardless of the victim’s immediate requirements – medical as well as emotional. Sinha recalls the case of a minor who was pregnant and abandoned by her family after she had been raped. The child was given shelter for a few weeks at Gauravi.

Within the first 40 days of its opening, the centre had received 1,199 calls of which 170 were about domestic violence. In many of these, the police had not registered a complaint under Section 498a as mandated by law. In nine months, Gauravi handled 9,500 complaints, and its work during the first year has included a series of community meetings, among rural and urban women, cutting across class and caste lines, to create awareness about the centre.

At the same time, posters have been placed at every police station that publicise the toll free number – 1-800-23322244 – that anyone in distress can call on. Till date, Gauravi has helped 18 young survivors restart their education and linked a dozen others to NGOs for livelihood options. What the woman wants is their chief consideration and her autonomy as a human being gains priority.

As Gopika Bashi of Amnesty International puts it, the focus in all discussions among policy makers and the media so far has been on the perpetrators of violence with very little attention given to supporting the survivors.

“It is important, in reporting and investigating, to keep the interests of the woman paramount, and respecting her choices,”

she adds. For instance, in cases of incest, the family does not want to file an FIR but instead wants medical help, which is an immediate need and cannot wait till the case file is prepared.

Whereas Gauravi is the pioneer, now the Madhya Pradesh government is planning a second OSCC at Gwalior. Meanwhile, Karnataka is preparing to set up 30 such centres in all district hospitals. Of the five OSCCs planned for Bengaluru, two have been operational since November 1, 2014. The centre at Bowring Hospital has already handled 39 cases.

Of course, problems, some easier to solve, others more complex, do come in the way. Quite predictably, Gauravi has received threats from goons for trying to change the gender status quo under existing patriarchal matrices. Apart from this, counsellors, Neeraja, who is associated with the Bowring Hospital OSCC, and Savitri, who works at the centre in K.C. General Hospital, point out the need for better pay for staffers like them.

For example, if a counsellor is paid a monthly salary of Rs 5,500 and ends up spending Rs 750 on bus fare then attracting the best talent and dedicated workforce can become a problem. On a larger level, Sinha feels there is an urgent need for minimising the procedural hassles for victims seeking justice.

However, at the crux lies the challenge of reversing mindsets – of the law enforcers, the society and even of victims, who subject themselves to self condemnation. Though the OSCC serves to promote justice and gender equality, working on demolishing patriarchy is the important step forward.