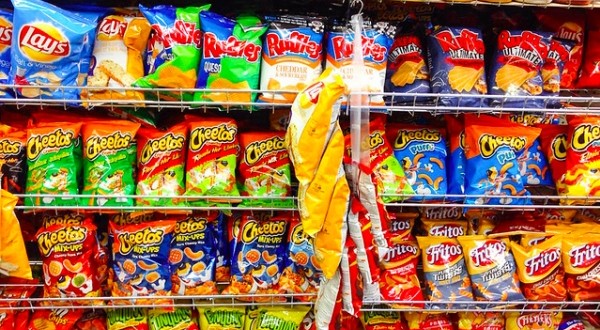 Some unbelievable news just broke. Move over, Jamie Oliver: school nutrition has taken a leap forward in India, at least on paper. India’s middle-class urban kids are more obese than they have ever been. It is worrisome, given the high incidence of diabetes among Indian adults in the last few decades. This obesity has been linked to a change in diet and a major shift to a sedentary lifestyle, as city kids are glued to computers, PlayStations and smartphones after school, and spend less and less time outdoors.

In a major development, the Delhi High Court decreed that junk food – high in fat, sugar and salt (HFSS) – must be restricted in schools and a 50-metre radius around schools.

The court ruling was made public recently. Educationists who have worked long and hard on the issue are doing a victory dance. The restrictions on junk food, or HFSS, are expected to cover schools all across India, and specifically restrict crisps, chips, fried foods, sugar-sweetened carbonated and non-carbonated drinks, ready-to-eat noodles, pizzas, burgers, French fries and a huge range of sweets which the court dubs ‘confectionery items’.

The Court has instructed the Food Safety and Standards Authority of India (FSSAI), a government body authorized to regulate food standards, to develop specific rules around how the restrictions will be enforced with a 3-month deadline. Additionally, the court has asked the FSSAI to develop policies for school canteens to ensure nutritious, healthy and wholesome school meals.

They must also regulate advertising and promotional activities of junk-food companies directed at children, including potentially restricting celebrities from advertising junk food.

So film stars and cricket icons can no longer sell Coca-Cola or Pepsi on TV. The FSSAI has been ordered to strengthen labelling laws to make nutritional labels more informative and appropriate and to establish stringent limits for unhealthy ingredients, including limiting transfats to 5 per cent. Schools are instructed to encourage their students to partake in games, yoga and physical activity.

The Court’s decision is a result of a public litigation filed by the Delhi-based Uday Foundation in December 2010. The Court created an expert advisory group comprising nutritionists and paediatricians. It included well-known environmentalist Sunita Narain, founder of the Centre for Science and Environment.

Coca-Cola India and Nestlé were included with this group, having managed to implead themselves into the case. Ironically, newspapers today report that Nestlé’s Maggi noodles, currently a hot favourite with most middle-class Indian families, have just been recalled in India because they contain unacceptably high, unsafe levels of lead and monosodium glutamate. TV ads abound of ‘cool’ Indian mothers producing instant delights – instant noodles – for their ‘cool’ kids. Ordinary Indian fare – rice, dal and chappatis – is uncool, boring and country-bumpkinish.

Apparently, no-one in the judiciary thought it was funny or even ironic that McDonalds, Dominos, PepsiCo, Cadbury India (now Mondelez India), Dabur and Parle Agro were all represented by industry groups advising the judiciary on how to get Indian children to avoid junk food.

‘Allowing industry to advise on public-health policies, and particularly those affecting children, is wrong, because there is a clear conflict of interest. Food companies exist to make money.’

The decision by the Delhi High Court is a setback to junk-food companies which have identified emerging economies such as India as the new profitable markets. Sugary drinks are being challenged and curbed all across the world – Mexico introduced a sugar and junk-food tax in January 2014.

Berkeley in the US voted in November 2014 to tax sugar-sweetened beverages. Research shows that for the first time in recorded history, the youngest generation of US kids will have a shorter life-span than their parents.

Indian groups, including the India Resource Centre, IBFAN Asia, the Uday Foundation and the Alliance Against Conflict of Interest, will be working to challenge the attempts of the food industry to influence public policy.

We wish them luck.