What's Trending
Home > Writathon > LetsTalkChange > “I had to contribute Rs 50 for a copying license”- Why cheating is becoming legitimate now? 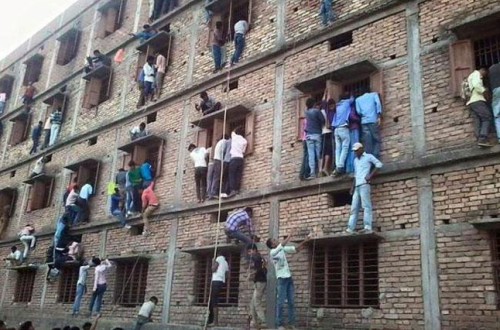 “I had to contribute Rs 50 for a copying license”- Why cheating is becoming legitimate now?

New Delhi: It was sometime in February 1971. Raj Singh (name changed to protect identity), an uncle of mine, was to appear for his 10th board examination. This was his third consecutive year in the same class. Moreover, he had no hope of clearing it even in the third attempt.

Singh was so apprehensive of failure that on the morning of his first paper he refused to leave home and started crying.  He declined to write the exam unless at least a few of his elder brothers accompanied him to the examination hall. Apparently, he wanted them to help him with cheat sheets.

Copying in those days was still at a nascent stage and not very common. But there were a few dare devils (elder brothers, friends, cousins and acquaintances etc who would hang outside exam halls and fling cheat sheets through upper windows of the room or in bathroom) who would not mind helping a weak student. During my school days too, copying was not so rampant. Many of our teachers were idealistic and would not even charge for home tuitions.

Copying was there even in early 1980s but it was mostly limited to school teachers who egged on students to copy to improve on results of their schools. Obviously, it happened more in private education institutions where the competition to attract students from neighbouring cities and villages was fiercer.

It was first in 1986 that I got to experience firsthand the rot which was seeping into the system. I was appearing for my intermediate examination in Bhopal. I had prepared well for the examination and did not need to copy.

I still had to contribute Rs 50 for a copying license because all students had paid for it.

“If you do not pay you will be checked many times and end up losing your precious time,”

I was warned by the invigilator-teacher who had the responsibility of collecting the moolah.

Bihar, UP leaders in cheating

It is a fallacy to limit it to only Bihar and Uttar Pradesh. It is all-pervasive.

There is only a difference of quantum.  Uttar Pradesh and Bihar, where lawlessness is the norm, are leaders. The rest tag along. 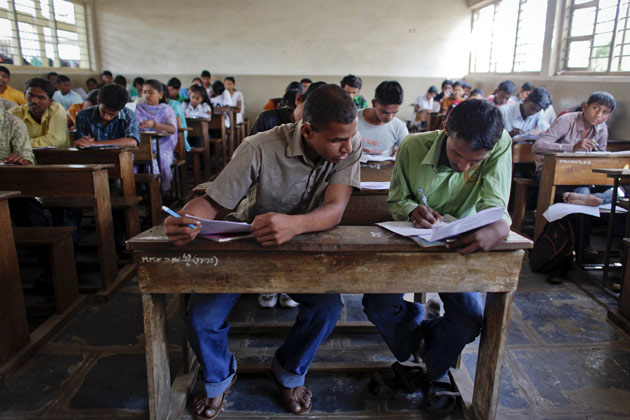 Mass copying had become so widespread in schools and colleges in Uttar Pradesh that then Chief Minister of the State, Kalyan Singh, was forced to enact a non-bailable anti-copying law in 1992. A year later the law was repealed by Mulayam Singh Yadav Government.

In 1990s cheating in examination became so common that when a student failed or did not do well he or she would publicly blame it on invigilator’s strictness. In 1992, a close relative of mine was so upset with my teacher friend in a village school that he told me upfront,

“Your friend is good for nothing. He did not allow me to carry a book in the examination hall.”

‘Pay up or face taunts’

Today cheating is considered legitimate. There are teachers who exploit examinations of the National Institute of Open Schooling (NIOS) to add to their wealth. They demand as much as Rs 2,000 per paper from the students for allowing unhindered copying from books.

If a student’s relative is reluctant to pay up the student faces taunts from the invigilator-teacher in examination hall.

“Why are not you paying when everybody else has paid up? Pay if you want to pass,”

Yet there are students who copy without making the payment. Their modus operandi is simple – tell invigilator ‘first stop others from doing copy’ or threaten to report him to higher authorities.

There are various factors which have made cheat sheet business spiral out of proportions. One of the major contributors to the phenomenon is lack of emphasis on character building in Indian education system. The system encourages rot learning and not innovation and excellence.

There is a mad race among students to outscore each other. The stress is on getting good mark sheet and pass certificate somehow. History is taught from books and often becomes a butt of jokes in schools and colleges. India’s freedom struggle which made many teachers and students take to idealism is no more considered a practical application.

Teacher recruitment and transfers in many states has become a source of corruption for ruling political class. Even recruitment of junior most teachers is done on the basis of political considerations and bribery.

Former Haryana Chief Minister Omprakash Chautala, his son Ajay Chautala and seven others are serving jail sentence for replacement of list of over 3,000 successful candidates for post of JBT (Junior Basic Trained) teachers fifteen years ago. Chautalas and others entered into a criminal conspiracy to change the original list of successful candidates with a forged one.

Over the years due to rampant corruption in teachers’ recruitment bright students have stopped aspiring for the job. Majority of the JBT teachers in Haryana and other states are mediocre and not competent enough to impart education to children.

A News channel reporter found a female teacher in 2011 in Bihar who misspelled apple and other simple English words. This is one of the reasons why teachers in the country over the years have lost respect of their students and the society.

The education system in the country, introduced by British, is still focused on producing clerks. It insists on teaching intricacies of mathematics even to a student who may have decided not to have anything to do with advanced math in his future life.

Like other turfs, there is a decay of values in politics too. Unlike the pre and post independence when the country was led by leaders like Mahatma Gandhi, Jawaharlal Nehru, Rajendra Prasad and Lal Bahadur Shastri who placed morality quite high in their scheme of things, now we have leaders who are out to amass riches through unfair means and do not flinch in lying even in the parliament.

We have leaders like Lalu Prasad Yadav, Mayawati, Mulayam Singh Yadav, J Jayalalitha and M Karunanidhi who are non serious at times and who themselves or their relatives face prosecution in cases relating to prevention of corruption act and disproportionate assets. You cannot expect them to set examples on honesty and truthfulness.

Lalu Yadav, for instance, has favoured open-book exams in Bihar to get rid of cheating, a suggestion reportedly backed by Bihar BJP. Earlier Mulayam had sided with youth on the question of rapes by saying, “boys will be boys. They make mistakes.”

His successor Smriti Irani is now set to introduce choice based credit system in universities and University Grants Commission (UGC)-funded colleges too. But there are also reports that Narendra Modi Government may return to board examinations for matric students.

If that happens it will be a retrograde step and will lay importance on scoring maximum marks and divisions in each subject again.

The need of the hour is that skill education should be introduced in school onwards to make Indian youth employable. The emphasis should be on empowering trained workers with good communication skills and not teaching intricacies of all advanced subjects to them.

The education system should inculcate values of honesty and truthfulness among students. Students need to be told that there is space for second and third divisioners too and such persons have even edited major newspapers and magazines in the past. There is a need to underemphasize success.

Previous: Why Congress is opposing the land acquisition bill
Next: A voice from the hearts of brothels.. 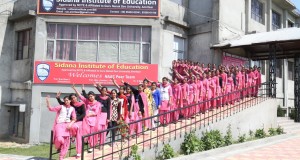