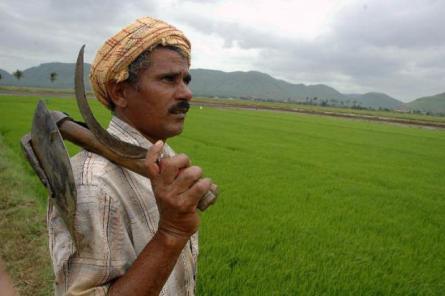 Why Congress is opposing the land acquisition bill

New Delhi: The fight over Land Acquisition Act or The Right to Fare Compensation and Transparency in Land Acquisition, Rehabilitation and Resettlement (Amendment) Bill, 2015 is not about the farmer.

And it is certainly not about whether the farmer will have right to fare compensation for his land acquired by the government.

If that were the case, the Congress and its cohorts – Trinamool Congress, Janata Dal (United), Rashtriya Janata Dal (RJD), Communist parties and Samajwadi Party – would raise questions about compensation being promised to the farmer under the bill.

Since the amendment bill does not tinker with the compensation promised – ‘four times the market value in case of rural areas and twice in case of urban areas’ – in 2013 Land Acquisition Act legislated by Congress-led United Progressive Alliance (UPA) the opposition is silent on this.

They are tom-tomming about the removal of social impact assessment and clauses relating to consent of 80 per cent of land owners for private projects and 70 per cent for Public Private Partnership (PPP) projects from the 2013 Act.

Apparently the Congress and the regional parties which have agreed to be led by Sonia Gandhi want the cultivator’s heart and not his intellect.  Janata Dal (United) and Trinamool Congress would want the peasantry on their side of the fence against a resurgent BJP in the upcoming state elections in Bihar and West Bengal.

It is nobody’s case that Sonia Gandhi senses an opportunity to revive her moribund party organization through agitation against the land acquisition bill. She is using the protests to align the Congress with regional forces which have an anathema to what they call Narendra Modi’s ‘majoritarian’ and industry-friendly approach.

The Congress finds the bill discriminatory not just against land owners but also landless, share croppers and agricultural labourers and even tribals who reside on forest land. Former Rural Development Minister Jairam Ramesh, who piloted the 2013 Act at the behest of Rahul Gandhi, 2015 bill is a ‘raw deal’ for farmers.

The party is objecting to the removal of five year maximum time frame specified in the 2013 Act for utilization of the acquired land. Modi Government’s bill says that the period after which unutilized land will need to be returned will be: (i) five years, or (ii) any period specified at the time of setting up the project, whichever is earlier.

The UPA Act required that the land unutilized for five year should be returned to the original owners or the land bank. It is also opposing inclusion of private hospitals and educational institutions for land to be acquired under ‘public purpose’ category. 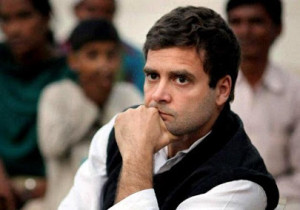 Young congressmen who are considered part of Rahul Gandhi’s coterie are angry that Narendra Modi Government is going to dismantle something which was put together by the government under instructions from Gandhi-Nehru family scion.

The phenomenon was on display when Indian Youth Congress (IYC) recently took out a march from Bhatta-Parsaul village in Greater Noida to Rajghat.

Bhatta Parsaul is same the place from where Rahul, then president of the IYC, had launched his land agitation against then Mayawati Government in Uttar Pradesh in 2011.

No jobs in agriculture

It is public knowledge that the share of agriculture in India’s GDP (Gross Domestic Product) has greatly shrunk over the years. Its employment generation capacity too has declined with increase in population and decrease in size of land holdings owned by individuals. 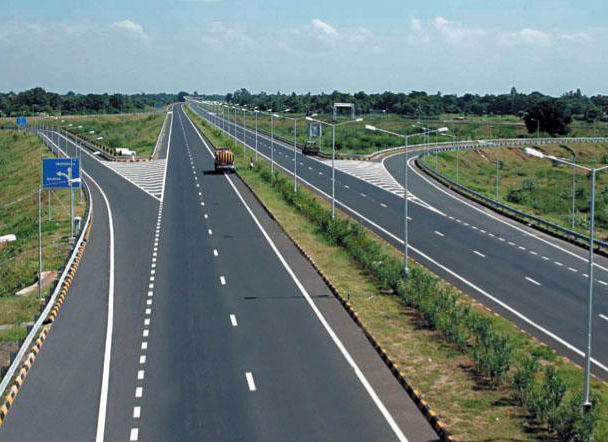 Land on either side of highways, expressways and flyways has mostly been taken over by private developers and government’s land development agencies. India has transformed into a country of highways and expressways in last one decade.

Moreover, shift to machinery for cultivation, cropping and harvesting has further cut down the number of hands gainfully employed in the sector. The imperative is that to accelerate growth India must give impetus to industry, infrastructure and housing by making acquisition of land easier. After all a report of Planning Commission in 2012 put the shortage of houses in cities and villages at 1.9 crore and 4 crore respectively.

No consent in US & China

No wonder, even United States of America (USA), the second largest democracy, does not insist on social impact assessment and consent of over 70 per cent of the farmers whose land is being acquired. It merely emphasizes on ‘just compensation’ for the acquired land. China, our next door neighbour, does not even define public purpose for which land can be acquired.

Even government of Samajwadi Party, which has tagged along with Sonia Gandhi in protest against the new bill, has preferred not to implement the 2013 Act in Uttar Pradesh. Akhilesh regime is rather following a local template based on mutual consent between buyer and seller which has reportedly worked well in acquisition of land for proposed Lucknow-Agra expressway. The template will forgo notification, acquisition, possession and construction, the four-phased acquisition process laid down under the 2013 Act.

The land acquisition act framed by Manmohan Singh-led Government in September 2013 not only caused consternation among certain Congress-ruled states but was also found unworkable. The consent procedure mandated by the 2013 Act makes it almost impossible to acquire land before minimum of few years because it entails notification, acquisition, possession and construction.

The 2013 Act was in operation for over a year and replaced with an ordinance by Modi Government in December 2014. The Act had replaced a 1894 law which paid farmers on the basis of circle rates. The ‘eminent domain’ provision of the law empowered the state and its associated agencies to acquire land invoking the public purpose even in the case of private companies. An identical law which aligns eminent domain with public purpose is still in force in United Kingdom.

Land acquisition is one of the factors (others being environment and other clearances, fund constraints and law and order problems which cause delay in execution of projects in manufacturing which is expected to propel the growth in the country. According to a study conducted by ASSOCHAM (Associated Chambers of Commerce & Industry) last year for 2013-14, over 44 per cent of manufacturing investment projects remained non-starters in the last financial year.

The delay in land acquisition not only translates into time overruns it more often than not makes the whole project unviable. Larson & Tourbo (L&T) Infrastructure Development was forced to close two highway projects in Maharashtra (Amravati-Jalgaon and Jalgaon-Gujarat/Maharashtra border) after it realized that the costs of bitumen, diesel and other construction material may not allow it to recover the cost through toll revenues. The company’s two other projects in Andhra Pradesh and Rajasthan are pending for close to four years due to land acquisition issues.

Previous: Water ATMs’ deliver liquid assets in India’s capital
Next: “I had to contribute Rs 50 for a copying license”- Why cheating is becoming legitimate now? 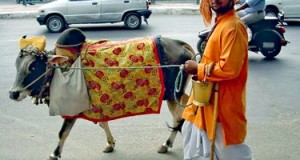