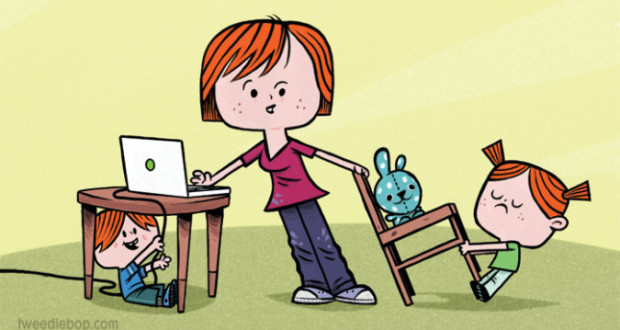 I was in the  second year of my undergraduate studies when our engagement was solemnized by the elders of our respective families. I got married 6 months later around the same time as college reopened to the dawn of our final  year in college. My lecturers were a little disappointed  that  as an active participant in all competitions  I had bowed my head to traditional expectations  and conceded to an early marriage . They had pinned hopes on me to achieve at least my masters and contribute  something to society and future students.

In all innocent faith and eager to don my new avatar I dived headlong into marital bliss and responsibilities not giving my innermost dreams a second thought.

My final year of studies was an unfocused distracted endeavour and by the time the final exams came around the corner  I was happily on my way to impending motherhood. Morning sickness took its toll and instead of motivating myself to excel  I  chose a route that further indulged my self pity as a newly wed   mom- to- be. Out of a total of five papers I  appeared only  for three and  my degree remained incomplete.

My son was born in December and I eased the guilt of my incomplete academic woes with more seemingly pressing  responsibilities . I was raised in a joint family with my grandfather at its head. He was a very  dynamic  self made man with no education but loads of practical experience. He had mastered 6 languages and made it big in the still developing twin cities of Hyderabad  and Secunderabad.

He was keen to provide to all his family members  with the comforts and  privileges he was deprived of. One of the things he had realized early on in life was that lacunae was the moribund of progress. One had to constantly re-invent and keep moving in a goal oriented direction.

As months passed I got more immersed in my role as a mother and housewife. Education and  degree completion were not in my radar by any remote chance. My family members and cousins visited us often and a couple of them began to insist, like my grandfather mother and husband, that I attempt the two papers I had left incomplete and get my graduate certificate in hand.

I was not inclined to do as I thought at that point of time that it was irrelevant.  Under duress I agreed half-heartedly to do the needful and  having completed my supplementary formalities  made  lackluster  attempts to study. Observing this  my husband expressed his dissatisfaction to my mother and in a throwback to childhood supervision she made the decision to come and stay with me and look after my son who was barely 8 months old, while I studied.

This coercive  tactic was launched and I was locked inside a room for stipulated  periods. Still I admit, I lacked the focus and initiative to do my best. My toddler son’s endearing antics, first spoken words and endearing mischief were another major distraction. Till one fine day my mother told me sternly,

“ In our times graduation was a rarity  and even that I graduated with a certificate . You belong to the next generation and you should be ashamed for lagging behind me in that respect”.

These words worked liked a whiplash and I buckled up. I began to put in  a lot of effort and muffled my ears to my tiny child’s beseeching knocks  “Amma!  Amma! Open the door”.

Exam day neared and I gave it my best shot. Earlier I had only secured a second class aggregate  but my focused efforts led to a score of  a high distinction in my supplementary exams and I managed to average a first class overall.

When I collected my memo, tears of joy rolled down my face and my heart swelled with gratitude for my family members who recognized the potential in me and never gave up on me.

Within 2 years of my first born’s  birth I had my daughter and again slipped back into a routine as a mother of  two  school going children and wife. Years siipped by and I was still in my early thirties, everybody who had encouraged me earlier stepped up their efforts  again and in the next few years I went on to complete my M.A, PGDTE  and M.Phil.  My schedule comprised of sending  the kids to school and leaving for college and getting back a little after their return and all of us sitting together at the dining table and completing  over respective assignment and academic responsibilities.

There have been very few men and women who could achieve this in our family and relative circles. I don’t say this to gloat over my modest achievement. I say this to reinforce to man woman and child that there are no impossibilities in life.

The more we educate ourselves the broader does our thinking become. Education is the mother of offsprings called Progress, Tolerance, Enlightenment, Positivity and Goodwill. These in turn make the world a better place to live in. The most appropriate symbolism here would be likening an educated mind to fertile and enriched soil which can only yield a healthy  crop as opposed to a weed and worm infested one.

All the crimes today are yields from a badly tilled soil. One can’t resist  referring to Nirbhaya’s case where the perpetrators belonged to the same socio economic rung as the victim. But  where she was loved and on her way to becoming a doctor purely on the wings  of encouragement her parents fanned for her.

A young life cruelly snuffed out  when it was on the threshold of becoming a butterfly. Who knows if this  very doctor could have saved the life of any beloved family member of the accused?. Today the world is developing at a very fast pace. Chauvinism has had  its run and in fighting for their long deserved rights sections  of society tend take extreme feminist stances. This is a knee  jerk reaction but  it should be tempered  and logical long lasting solutions envisaged.  Humanism should be the ultimate goal. Equal  rights for  man & woman and child because ultimately it is about the dignity of an individual.

A humane  non judgmental approach would make the earth a better place for ourselves and our children to not only eat and breathe  but live productively contentedly.

As  a closing line I’d like to add what someone  I deeply care about, said to me,

“Live life in such a way that it would make  your children proud”.

I hope I have.

Point  Blank 7’s invite, asking for  men and women to send articles to share inspiring stories about women and the feminine spirit prodded me to dust my writing pad  oil my rusty brain, and galvanize them into action. I love writing for kids and someday hope to compile short stories for publication.(Her short story ‘The Two Jars’ has been published in a prize-winning collection by the Children’s Book Trust).
celebrating women Education family support marriage motherhood Point Blank 7 womanhood Women WriteForWomen 2015-03-13