What's Trending
Home > Writathon > WomenWrite > What your wife, sister, daughter is not telling you.. 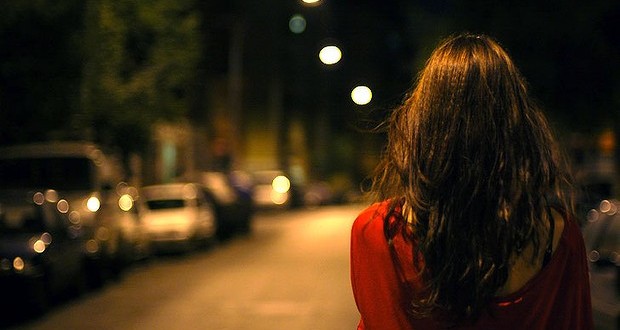 What your wife, sister, daughter is not telling you..

If you are my family and reading this, please don’t get anxious, that’s not the purpose of my sharing this today. I can share this today because I have grown way stronger than I ever was. I wrote this today because a lot of men feel like women make a lot of hue and cry about rape and molestation while men are also tortured but that goes unnoticed. These are educated people who don’t care because they are still living in the cocoon of an illusion that the women in their families have never been through anything. I just wanted to break that cocoon…

What your wife, sister, daughter, or any other woman you care for is not telling you is that at least once in her life, she has been groped, pinched, touched without her consent. If she is lucky, it has happened only once or twice. If not, it has happened to her with an alarming rate of at least twice a day every day that she has stepped out of her home and sometimes inside her home.

What she is not telling you is that deep inside she is probably scarred and mistrusts most men and the world to treat her right to choose and her body with respect.

What she is not telling you is that even if it happened just once in her entire life, she cannot forget it as an accident and move on easily as probably someone would after falling down and getting hurt.

Why? Why does she not tell you?

In the past few generations in middle class India, daughters and sisters have become loved and cherished. If they are as lucky as I have been, brothers and cousins are best friends, not competitors for food, education, and opportunities. Their accomplishments as mine have been as celebrated as the boys of the family.

Why is she still not talking to you though you shower her with love and gifts, she is the apple of your and your dad’s eye?

A long ago, in overt and covert ways, we were told growing up, you have to cover the breasts that have begun to show with a dupatta.

How could we then talk to you about a body part that we were taught to feel shameful about, not celebrate as the source of life?

‘It will bring shame to the family and we will lose our freedom over it.’

The moment we tell you, we fear your protective instinct will kick in and we will lose our freedom to go out alone. At least I did.

When it happened the first time, I was 12, walking hand in hand with a younger cousin on road, while my elder brothers, their friends, and mom were left a little behind. Someone bit my cheek and pedaled away on a cycle. I screamed, but when my brothers and their friends came running, I lied that someone slapped me.

When I so much as opened mouth at home to Mom that the person didn’t slap me, she told me – Stop right here. Never utter a word about this to anyone.

From that day onwards though, I was supposed to start wearing salwar kameez and not skirts and take my brothers along with me wherever I went. It annoyed me, confused me, and finally guilt me into being a woman.

From my own and numerous other experiences in Rohtak and Delhi, I can tell you one thing – Salwar Kameez does not help. And no amount of any male being next to a woman can protect her in the dirt that we live in.

And never did I talk about it ever again; howsoever difficult it got for me or even any of my school and college friends in the wretched belt of rape and molestation in Haryana, Delhi NCR, and other places in India.

We spoke to each other though. And that’s how I know that while living in different places in Delhi NCR that I have never met a woman who has not felt what I felt at least some point in our lives – ashamed to carry the body that induced enough lust in a man to not give us the choice of saying – ‘I am not inviting you and I don’t want to be touched by you’.

Who knows how many girls are out there who are not just outraged with what happens on roads but live in the fear of being physically hurt and raped every time a man passes a lewd comment on road or gropes and pinches them?

Ask your sister or wife or the girl you love the most in the world, she probably does.

“Through her experiences, she has come to believe that her body is the culprit.”

This is the worst thing that a woman can believe about herself after being molested or raped. And it stops her from talking to you, to anyone. If it was her fault, how could she talk to anyone?

She is not just ashamed, she is guilty.

Is that how you want the women in your life to feel about themselves? Or do you want them to take pride in themselves, their talents, their accomplishments?

Molestation is global. If you think it happens only in India, then you need to open your eyes and talk to women around the world. It’s only the extent that it would scar women in different parts of the world that is different.

And what makes the extent of scarring different is the support offered to women and the way they are brought up.

If you have a young daughter, you can begin right now to save her from scarring.

It begins early. The moment we meet a little girl, we want to tell her how pretty and cute she is. We don’t ask her if she likes books, or if she would like to play cricket. Little girls are cute and pretty but they are not just their bodies.

Don’t tie their self-esteem or their shame or guilt to their bodies. They are smart, athletic, and talented. Talk to them about what they love to do rather than how lovely they look.

For all other grown up women in your life, they have probably already seen something or the other. Just giving them a space to speak to you without you getting over protective or trying to be a superhero with a sword will suffice.

Trust their instincts when they tell you they feel unsafe and help them see what’s good in them beyond their bodies.

Most importantly and the best thing you can do, just tell them – it’s not your fault.

Follow it up with your actions, if you are too protective and try to go with them everywhere, it’s still their bodies fault. If you tell them to sit at home, it still is their bodies’ fault.

Help them be free, and tell them in words and actions as many times as you can – it’s not your fault.

It’s not her fault.

Along with being an Instructional Designer for an IT company, Shweta is also a writer. This is where she pens down her thoughts – https://homeofanomad.wordpress.com
eve teasing Family goping Haryana India men Molestation Point Blank 7 Rape touching Woman's day womanhood Women women molestation women's day WriteForWomen 2015-03-10

Previous: An Open Letter to Lord Ganesha
Next: Casualties of an alternate war : of suicides and fratricides in the Indian Armed Forces