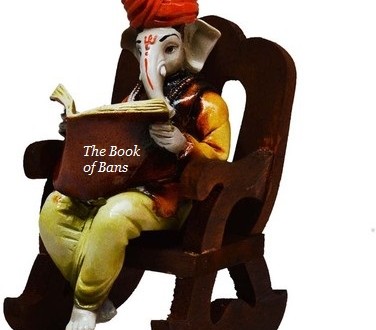 ||Siddhi Vinayaka|| ||Vighnavinashaka|| …Lord… Lord… I am very scared. I have a feeling that something terrible will befall us. That is why I have decided to write this Open Letter to you. Since you are a celestial being and might not be familiar with terrestrial modes of communication, let me explain to you what an Open letter is. Unlike earlier, where letters used to be folded and sealed and opened only on delivery, open letters remain open…well, all the time. It is usually read by everyone else before the person who it is actually addressed to. My guess is that before it reaches you, Naarada Muni would have already gotten the wind of the contents here and would have given you a hint about the whole thing.

Lord, do you know that I find Narada Muni’s job very fascinating? Collecting intelligence and passing it on to people for the ‘greater good’. My job is similar… in a very different way. Anyway, where was I? Yes… Ekadanta, Vakratunda… Lord… I am very scared. Aren’t you the Lord of Lords, the only God who can remove all obstacles from our path?

Now, haven’t we been told to invoke your name before we begin any task? Yes or no? Yes. And yet… and yet… what did we do? We started a task last week, without as much remembering you. We started Cow protection. Yes Lord, we did. How irreverent of us not to have remembered you; Blasphemous!

Ever since then, there is some anxiety nagging me. I think it is just safe to confess it all before you.

See God, it is like this: You know Church Street right? Of course you would know. It is the place where some unholy elements placed a bomb recently. After that unfortunate blast we discovered that the several piles of garbage on the road, in front of the restaurants and the Pollution Control Board, was an ideal place for these miscreants to drop off packages containing preposterous plots. So it was all cleaned up. Since then, I have not spotted any rodents here.

Suddenly, the day before yesterday, when I was having my favourite Samosa Chaat at a shop here, I saw a bandicoot looking up at me from the railings of the drain in front of the shop. Everyone around me saw it too, and was horrified. That is when it occurred to me Lord, that we had breached protocol.

We began the series of protection, with the Cow (after protecting the Cow, we protected Women by banning a film, protected Indian culture by banning the word ‘Lesbian’ from a film)… Thoo, look at the kind of words I am using in a letter to you. Buddhi Pradayaka, forgive me. Now, where was I? Ah, yes… As Holy as the Cow might be, how could we overlook you, Vighna Vinashaka- the destroyer of all obstacles?

Mooshika Vaahana, you ride on a mouse. We all know what happened to Chandra, the Moon, when he made fun of you riding your Vaahana. He was cursed. The curse was partially revoked by you later (It was so powerful that even you could not take it back completely) that even today, whoever looks at his face on Bhaadrapada Shukla Chathurthi, will have to bear with false allegations levelled against them. There are different versions of how exactly this incident took place, Lord. But what we have understood in essence, is to not look at Chandra on your birthday. Raama Raama… Who would want a curse like that?! That Chandra should have known better and curtailed his ego. This is the problem with those who are too much into their looks. Chee! But good that he was made to learn his lesson. Now, you’d think we would have learnt our lesson too. The mere mortals that we are, sometimes reason eludes us.

God, by sending that bandicoot in front of me, you reminded us that we should have started our protection drive with the mouse and extended it to the whole rodent family. Before it is too late, we should rectify this. We should immediately seek a ban on rat poison, that rodent-torture inducing man-made spiteful vicious venom. Plague be upon those who dissent this!

All rodents must be allowed to roam around freely. It is our duty to feed them and keep them healthy. Is ours a Western culture to chase away mice by calling the Pied Piper? Chee, No!

Once that is done, Oh Elephant-faced God, we must ensure that all elephants are allowed to walk free anywhere they please. (I hope you forgive us for the past, where our obese king used to ride on the elephant during Dasara festivities.)

That said, how can we forget your family? Lord Shiva, your father, sports a snake around his neck. Bhaarat has been called a land of snake charmers. We must not merely charm them but protect them too. Of course, we would also have to ensure that nowhere in our land should your father, the Lord Shiva’s neck accessory, mistake your official vehicle, Mooshika, for food. Well, that would just be horrible…One religious sentiment of ours wrongfully hurting the other.

Next we have your brother, Karthikeya, Lord Muruga who sits on a peacock. We must stop enclosing them in Zoos and start adopting Peacock/peahens, at least one per home. We, in Bengaluru, most often don’t have space to keep our two wheelers inside our compounds. Be that as it may, if we cannot even do this small task in your name, of what use are we? That covers your family, I hope.

Moving on, Lord Vishnu, the Shesha Shayana’s interest is partially taken care of by protecting your father’s neck piece. But the God of Gods that he is, he has ten avatars. We have to begin at the beginning: Matsyaavatara (how dare mere mortals cast fishing net to capture the Lord?),Kurmaavatara (If a hare ever races a tortoise, the tortoise must be declared the winner),Narasimhaavatara (buildings must be mowed own, jungles be restored, lion has to be declared as the King of the jungle again). But the king of the jungle, we must ensure, keeps away from the Holy cow and Lord Krishna, Govardhana’s flock (sheep and goat). We also have Varaahaavatara; the downright derogatory Swine flu should be named after some other animal.

There is no women’s representation, God. Kaali matha, Chamundeshwari, the Goddess of courage, has the tiger as her accomplice (Misuse of the name, for instance, as in Tiger Woods, must be banned). Here is a list of protections to begin with, Lord.

But I must bring something to your notice Lord. Those smug looking Cows are under the assumption that they are protected and are busy feeding on polythene covers from the garbage mounds on street corners. It’s all an unholy affair, no? What to do?

Previous: My journey as a mother and CEO
Next: What your wife, sister, daughter is not telling you.. 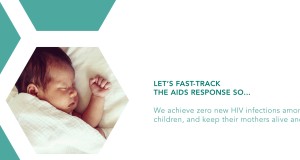