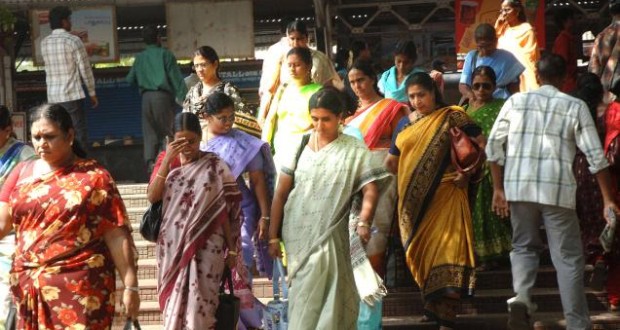 The art of being a good Indian woman

Yamuna Matheswaran ‘listens in’ to what her country is saying about women’s place in society.

Will you survive the beast that is Indian society? The beast that was designed specifically to crush your independence and to ensure that you never shake off your predetermined role as the torchbearer of family dignity?

Why was this role forced upon you? You don’t care for it, you have no use for it; you don’t want it.

But, dear modern Indian woman, you must realize that despite the language you grew up speaking, despite the education you might procure, despite what you read and learn and realize and question, and despite the parts of the world that you may travel to, you are but one thing: an Indian woman.

History and Romanticism and Science and Philosophy are fascinating, but only in theory. When it comes to real life, you must embrace ‘practicality’ and adhere to the archaic beliefs and principles that have been passed on for generations in Indian society. It might go against all of your principles, but you mustn’t question it.

We love you, but you are quite a responsibility, right from birth. And once you attain a certain age, we have to shield you from the lustful eyes of the beasts that surround you, for which we have devised the perfect solution – counter sexual harassment by restricting your movements, by curbing your independence. You mustn’t step out alone, lest you be raped.

But what about the predators, you ask? Well, what could you expect from them? As one wise politician insightfully put it, ‘Boys will be boys.’ Do you see now how it is your fault if you are foolish enough to be raped?

Don’t get too close to your male friends, in case you lose sight of your ‘morals’ and allow yourself to be seduced. What will people say? Tongues will wag! The family honour is at stake.

And what’s all this about female sexuality? What on earth are you talking about? Such a thing cannot, and does not, exist. Well, not before marriage, anyway. But you want to throw everything away, with such blatant disregard, in your quest for absurd ‘Western’ ideas such as ‘modernity’ and ‘individuality’, which have no place in our society.

But do you listen? No. Now you want to criticize the very society that you are being told you belong to, the society that has accepted you and nurtured you into the woman that you have become.

Yes, I am aware it is also the society that has done nothing about the fact that you are stared at, whistled at, groped, and spoken to lewdly as you walk down the streets, even in broad daylight. And yes, this very society has somehow managed to stigmatize and blame the victims – and, interestingly, even chow mein – for the occurrence of rapes.

And now you blame me for being a hypocrite, saying that I probably pleasure myself using pictures of naked bodies of the same ‘immoral’ women that I badmouth. You proclaim that Indian society is one where you can smell the dangerous whiff of sexual repression from a distance, and watch as the consequences unfold.

Why must you make mountains out of molehills? Why cause a scene? Besides, dear modern Indian woman, double standards and imbalanced gender roles can only be a topic of discussion if we were to assume that men and women are equal in every way – and have you ever heard of anything more absurd?​

Yamuna Matheswaran is a 26-year-old student of Economics at Goethe University, Frankfurt. After growing up in India, she completed a Master’s in International Relations at the University of Denver, and spent 15 months volunteering in Israel/Palestine. Published in New Internationalist|
culture feminism India India rape Sexual politics 2015-01-22
Team PB7