We are getting used to the idea of rapidly developing technologies changing what we can do and how we do things. What most people haven’t considered is how technologies affect our language and how these changes are affecting the way we speak and even the way we think.

One of the key ways we see this is when the name of a company becomes a way of doing something involving any product that is similar. Classic examples are “to hoover” which came from the early dominance of vaccuum cleaners from the Hoover Company.

More significantly is the use of the term “to google” which first came to prominence in 2002 when the American Dialect Society declared it word of the year. Later, in 2009, they declared “google” to be the the word of the decade.

Google had become a generic word meaning “to search the Internet” with any search engine, not just Google itself. But googling has become much more than just the mere act of typing words into a text box and clicking a button. We now understand the subtext when someone declares “I have googled you” or even that they have googled themselves.

The idea that this act can now exert a powerful effect on the opinion we form of others has even resulted in laws formulated by the European Union giving individuals rights over search engine companies to have information about them removed in order to be “forgotten”.

Google has now become our collective global memory and googling is the process by which we access those memories.

This, in turn, is simply a process that we have always engaged with called “transactive memory” in which we turn to people around us, usually people we know, to help us recall facts and memories.

The invention of the Gutenberg press allowed us to outsource people to books. The difference now though is that Google is now always with us, has a vast database of information that it is getting increasingly better at letting you access, with the vaguest of questions. This in turn has had a dramatic effect on what we are able to achieve, not only as individuals, but as a society.

The act of computer programming for example has become much easier through the ability to learn new computer languages and solve problems by “googling” the answers. It could be argued that the boom in mobile phone apps would not have been possible without Google providing a mechanism to access the “transactive memories” of the thousands of knowledgeable programmers with the answers to any developer’s questions.

Interestingly, it has been Google themselves who have resisted, even at times through legal threats, the spread of “google” being used beyond its reference to the company. This is because if it does enter the language as a common term, Google could lose the protection of the name as a trademark. If Google becomes a common term, to mean any generic search, it could become a “generic trademark” like Cellophane, Aspirin, Escalator and others.

In a different example of a verb that has come from a proper noun but may have just as significant an impact on our social lives, we have “to uberize”. This comes from the company Uber whose business approach has disrupted an industry by using mobile apps backed with data analytics to provide cheaper taxi services to consumers.

The concept of “uberization” has taken the general meaning of disrupting any industry through the use of technology to circumvent unnecessary bureaucracy and legislation.

What is interesting about the use of the term uberization is that again, the subtext is not just about the actual process of transforming an industry into something more efficient or productive. Saying that an industry needs to be “uberized” is as much a commentary about its unwillingness to change, modernise and really meet consumers’ needs.

This context is being built up with every new development in the ongoing battles and controversies that Uber is facing as it pushes through its disruption of the taxi industry.

Uber’s less successful contribution to our language has been the concept of “surge pricing”. The concept embodies basic economic principles to ensure that there are taxis willing to pick up consumers at the busiest times. It turns out that this is too hard for most consumers (and reporters) to understand and they have interpreted it simply as unfair price gouging.

As a new term, it is an interesting example however of how a term that was supposed to have a specific meaning has been turned into something completely different through popular usage.

How much has changed

There are many conversations that we could have today that would mean little to someone from 2005. Even though the definition of specific words could be given, it would need the entire context of how they have developed through the interplay of technology, individuals and society to have any real meaning.

This is not the first time this has happened in history but certainly the increase in the pace of change has resulted in our language changing equally rapidly, and with it, our thoughts.

On a final historical note, you can wonder what George Bernard Shaw would have understood by the following statements?

“My mother was hacked last night.”

“If anyone’s out there, can you inbox me?’

“How many steps did you get today?”

“Will you torrent me the next series?”

“I’ve given up on windows.”

Previous: Messenger of God or Crime – jury is out on Ram Rahim
Next: Women workers in the Gurgaon industrial belt fight increasing casualisation 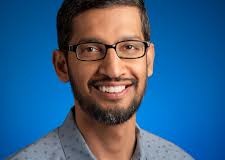 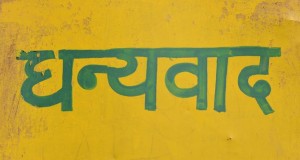