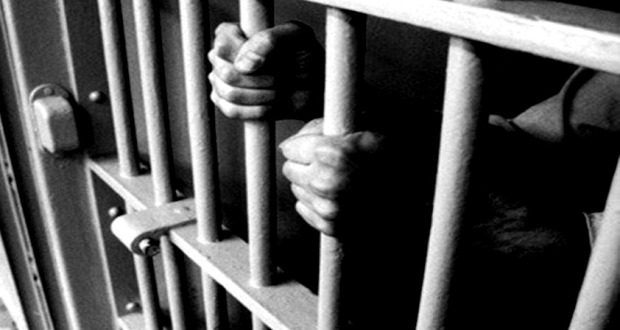 December 16, 2014 Comments Off on Indian Prisoners Of War Holed Till Death In Pakistan 8,588 Views

Capturing prisoners of war (POW) is as old as man kind and warfare.  In the earliest history, men captured used to be either slaughtered or made slaves. The captured women and children were more likely to be spared but many times the purpose to capture women as concubines for sex, sexual abuse and pleasure. The first recorded usage of the phrase prisoners of war is dated around 660 AD.

A prisoner of war (POW) or enemy prisoner of war (EPW) or “Missing-Captured” is a person, whether civilian or combatant, who is held in custody by the enemy during or immediately after the armed conflict. Captor states hold POWs for any range of legitimate and illegitimate reasons.

They are isolated from the operations and released and repatriated on will or under international compulsions like economic sanctions, aid blockades in an orderly manner after the hostilities, to demonstrate military victory, to prosecute and punish them for the war crimes.

They are also exploited for their physical labour and as recruits or conscripts to collect military and political intelligence. The Chinese, North Koreans, Israelis, earlier Japanese and Pakistanis are also known from to indoctrinate prisoners to mold their political or religious beliefs.

About 56,000 soldiers died in prisons during the American Civil war. During World War I, about 8 million men surrendered and were held in POW camps until the war ended. At Tannenberg 92,000 Russians surrendered during the battle.Treatment to POWs till WW I was pathetic.

Many died in captivity for want of treatment and poor medical and hygiene conditions in the cramped POW Camps. But conditions improved due to efforts of International Red Cross and inspections of camps by the teams of the neutral nations. The US Military made prisoners of war and missing and captured personnel as POWs and instituted “Prisoner of War” Medals.

While some countries treat prisoners of war fairly well, the treatment in Germany, Japan, North Korea, Pakistan and China had been harsher. In China and North Korea it is believed that many prisoners of war were murdered, severely beaten, given summary punishments, brutal treatment and forced labour.

After the Bangladesh Liberation War in 1971, India had captured nearly 96,000 POWs from the erstwhile East Pakistan that included both military personnel and civilians.

Pakistan also had captured nearly 400-500 Indian POWs primarily in the western sector. Most of the Indian POWs were released by Pakistan in June 1972 and I was one of the officers detailed by the Army Headquarters to debrief them.

With the result, there are 54 Indian POWs still languishing in the Pakistani jails for the last forty three years under sub human conditions.

Since talks on any issue with Pakistan always remain inconclusive and meaningless as country lacks sincerity, moral courage and is perpetually in the denial mode, these 54 Indians are holed up in the Pakistani jails until death.

Indian Families Quest to Search Their Kith and Kin

There are no specific reasons as to why these POWs could not be located in Pakistani jails but some logical thinking could be as under:-

Capt Ravinder Kaura was missing believed killed in 1971 war in the western sector.

His parents had reconciled with his death but in 1989 or so one petty smuggler Mukhtiar Singh was released from Pakistani jail who in an interview with local papers mentioned that there were many inmates including Capt Kaura in the jail he was lodged in.

Ever since the news, the family was rest less to know about Ravinder’s welfare and get him released from Pakistani imprisonment. A few years back one Roop Lal was released by Pakistan and he too stated numerous Indian including defence personnel languishing in Pakistani jails.

He also said many were in poor health, under nourished, in shock and needed immediate psychiatric and long term complex rehabilitation programmes by specialists.

More than that, they needed to be united with their families urgently for their emotional needs. I also came in contact with Mr GS Gill whose brother Wing Commander Gill and Dr Ms Waraich whose father Major Waraich are still in Pakistani captivity.

The uncertainty, no news and the long confinement period has naturally wrecked all the waiting families of the victims.

Dr Ms Waraich was just one year old child when her father became POW in the western sector and now she has her own grown up children who have yet to see their grand father.

I learnt both from Mr GS Gill and Dr Ms Waraich that in 1983 and 2007 official delegations were sent to Pakistan to locate the missing personnel details of which are appended below..

Evidence That Indian POWs are in Pakistani Jails

Pakistani government says that there are no Indian prisoners in the Pakistani jails. But the legal, lawful, independent, impartial, authentic, documentary evidence from Pakistan, England, America and India, proves beyond reasonable doubts that certainly there are Indian POWs of 1965 and 1971 wars, who have still been painfully languishing in Pakistani jails for the last 40 years. 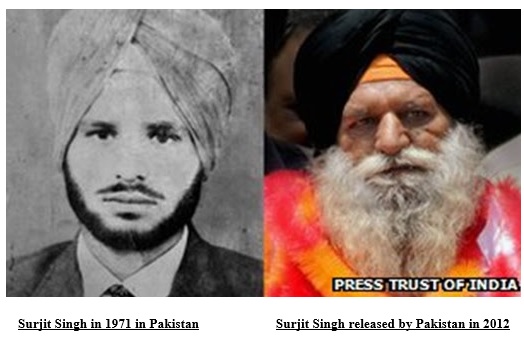 Since May 2012, I am deeply involved in the release of the Indian POWs held in Pakistan for over 40 years.

I again request the Pakistani authorities that legally, ethically and morally there is sufficient evidence of the unfortunate Indian POWs holed up in Pakistan.

Pakistani leadership will do a great service to humanity and would acquire praise worthy statesman ship to unite these unfortunate victims of the war with their families in the twilight of their lives. Same holds good for the Indian leadership, too to release, if there are any Pakistani POWs on the Indian soil.

If our governments do not relent, there is need for media, intelligentsia, human right activists, lawyers, educationists, Sufis, cultural, social and music groups, students- in fact the common masses of both the countries to unite peacefully in’ The Sub-Continent Spring’ like ‘The Arab Spring’ to improve bilateral relations and confidence building measures.

To avoid face-saving, brinkmanship should be avoided. There would be no nemesis to either side by simultaneously exchanging prisoners at Wagah border for which nothing more is required than the positive will at both the ends.