A week ago, the Kerala High Court upheld a government decision to ban alcohol in most parts of the state. Keralites who proudly advertise their state as ‘God’s own country’ are bitterly divided on this issue.

Kerala women, however, feel paradise was lost long ago – their men account for the country’s highest per-capita consumption of liquor, 8.3 litres a year.Only a minuscule minority of Indian women in the country drink hard liquor, or indeed any alcohol at all. Predictably, bar owners are livid.

The ban is definitely bad for business. Nearly 700 bars will shut, as the government aims for total prohibition in a decade.

Prohibition is an exercise in futility, cynics declare. It has never succeeded, ever, anywhere. Several Indian states, urged by women’s groups, have tried to impose prohibition on their men.

It’s a decision that is probably incomprehensible to people from Western countries, where alcohol is part of the culture, a way of life. For average Indians though, it is not part of the local culture. Urban élites apart, the majority of Indian men drink hard liquor not socially, but mostly alone, just to get drunk.

The debate surrounding prohibition can, of course, go on endlessly. But key questions increasingly being raised are definitely valid.

Should the issue of personal freedom, that is, the freedom to drink, override the safety and well being of millions of women and children?

A great deal of domestic violence in India, and elsewhere, is related to drunkenness. A Kerala police study states 100 per cent of policemen and the general public interviewed agreed that alcohol played a very large role in violence and sexual abuse of women.

Thousands of men end up in hospital with alcohol-related diseases. According to a status report by the World Health Organization (WHO), 6.2 per cent of all male deaths globally are alcohol-related. Families with alcoholic men suffer poverty and ill health because the men drink away the income. They also suffer physical and mental abuse.

The pro-liquor lobby argues that the state benefits hugely from the billion-dollar alcohol revenue funding many of its welfare schemes. But health experts insist far more is spent on health costs for alcohol-related diseases like liver failure and other chronic ailments.

In spite of failed prohibition policies, women in several states have begun movements demanding a ban on liquor sales.

While critics argue that prohibition only leads to bootlegging and corruption because alcohol prices soar, women in Kerala are producing reports to say domestic violence has decreased considerably after the ban.

In Gandhi’s Gujarat, where prohibition has been in place for six decades, women say the solution is not to lift prohibition but to punish bootleggers and corrupt, profiteering politicians and police.

In an earlier blog, a reader asked how I could possibly support vigilante women in Nagaland who beat up any man who came home drunk. The question to ask is: what makes a woman so desperate that she is willing to go to such lengths?

Alcoholism and drugs are destroying Punjab and Haryana.

Kerala women and children are delighted that their fathers, husbands or sons cannot stagger home drunk with impunity. Prohibition is a deterrent and the women want it to stay. Perhaps the campaign should, like the anti-tobacco one, show graphic images of the destroyed lives and other health and social problems that chronic drunkenness induces.

The consequences – violence against women and children, battered wives, kids forced to drop out of school, and desperate families – have not been adequately highlighted.

A little boy participating in an anti-liquor protest said,

‘I hate to see my father lying drunk in a gutter. My friends laugh at me. My mother feels ashamed when we have to carry him home.’

‘How can the government encourage drinking when it is killing our men and bringing ruin to our society?’

It is an important question. In India, it is the élite who dismiss prohibition because their individual rights are being threatened. Smokers argued against the tobacco ban in public places too.

Perhaps it is time the women and children who suffer on a daily basis are allowed to decide what is good for them in particular and their society in general.

Previous: SpaceShipTwo cost a life, so why do we still use human test pilots?
Next: The Sunni Arc of Instability 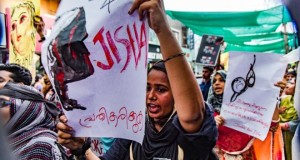 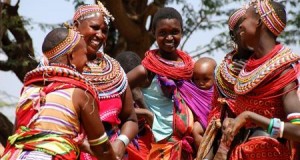 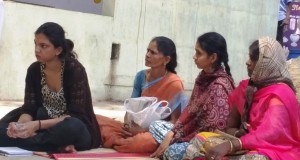 A Never-ending Trial By Fire For Women Burn Survivors