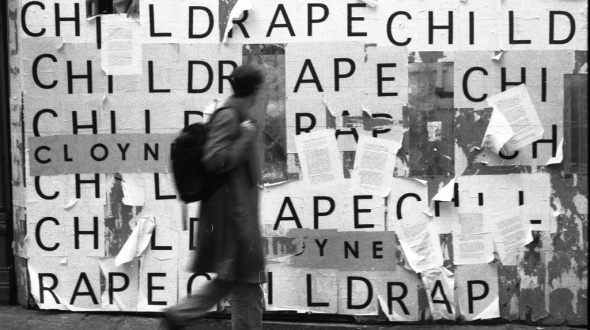 Justice at last for raped three-year-old

A child rapist, acquitted by a lower court, was finally convicted this October, after an 18-month legal battle by the child rights activist group, HAQ.

The details of a child rape leave any normal person sickened and horrified. How anyone can rape an infant is, to the average human being, beyond comprehension. Yet more and more of these heinous crimes are emerging in India, almost on a daily basis.

Enakshi Ganguly Thukral, co-founder of HAQ (which means ‘rights’ in Hindi), says that sadly it is difficult to celebrate this victory because of the trauma and injustice the child and her mother were dragged through in their quest for justice.

As if the ordeal of a three-year-old girl raped, found bleeding and severely injured was not shocking enough, a sceptical Sessions [a lower district court] judge dismissed the case in spite of clinching evidence. The paedophile was finally caught while attempting to lure another child; he admitted to having raped a third minor a few weeks earlier.

Unbelievably, it was the child victim who was put on trial, not the rapist.

The girl was forced to record 164 statements before the magistrate, even while in tremendous pain from her injuries and while undergoing complex and painful corrective surgeries for the tearing of her vagina and damage to her rectum.

She was very frightened but identified the accused.

Enakshi, accustomed to hearing terrible child abuse cases, described the team’s horror when the victim was carried into the HAQ office, a plastic bag hanging from the side of her stomach to collect her urine and faeces. Since her vagina, rectum and insides had been torn by the violence she’d endured, she had to undergo a colostomy procedure.

‘The order of the Sessions judge in February this year, acquitting the accused due to lack of evidence, came as a shock to all of us,’

‘Not only did the Sessions judge suggest that the victim had been tutored, he explained away the child’s blood on the accused’s underwear by saying that the evidence had been planted.

‘We were in total despair. Then, providentially, Swathi Sukumar, head of I-Probono, agreed to fight the case in the High Court. Finally, on 13 October 2014, the Delhi High Court not only overturned the verdict, acquitting the perpetrator, but also pulled up the trial court for the manner in which the victim was examined.

The High Court went one step further, directing the Delhi government to ensure that the child receives the best possible medical treatment and, if necessary, at a reputed private hospital for which the expenses shall be borne by the state.’

The High Court verdict is undoubtedly a landmark victory. But, as Enakshi points out, this child’s story is yet another example of the injustice and hardship that victims of child sex abuse and their families have to endure.

As it unfolds, the investigation system and judicial process expects the child to recollect and repeat the sequence of events several times, often leading to re-victimization.

Not only is the process slow and tedious, it is also painful and traumatic. Hardly surprising, therefore, that many parents of child victims prefer to keep quiet.

Socially things are no better. Not wanting any stigma attached to them by association, many landlords pressurize tenants who are survivors of child abuse to vacate their houses.

At school too, instead of helping the victimized children cope with the trauma and rebuild their lives, kids are subtly coerced into dropping out of school. Rarely do school authorities respect the confidentiality of the child and the trauma she has suffered.

You would expect the judiciary, at least, to be a safe haven for traumatized children and their families. While the high court judgment in this case is encouraging, the lower court made a mockery of the system.

‘Making laws is not enough,’

‘It is about how these laws are interpreted and implemented that determines justice.’

Justice cannot lie in a final verdict alone – it must be embedded into the process of judicial recourse. Even more so, when the victim is a three year-old child.