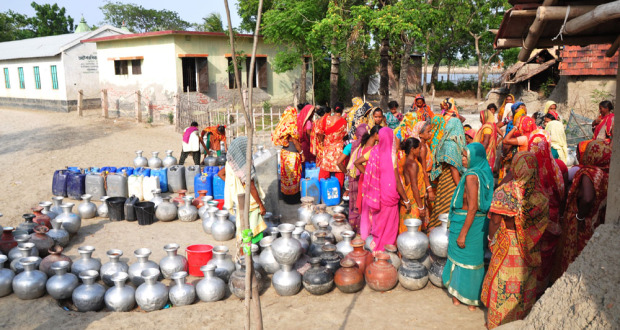 Part II: Delhi Jal Board – the villain of the piece

Part III: It’s all about the money, honey!

Now time for some financial forensics! (Minus of course the criminal intent, fraud and all that CSI-type stuff)

Like we explained in the conclusion to Part II, it’s important to take stock of the Delhi Jal Board’s (DJB) financial health and prospects before we begin to explore solutions to the capital’s water crisis.

Even if math wasn’t your favourite subject in high school and/ or you’d rather dive head first into a pool of muck, than learn about public accounts, we highly recommend reading through this section. All you’ll require are basic addition and subtraction skills and the grace to forgive some of the PJs we’ll attempt here.

More importantly, we promise (again) that you’ll emerge a bit smarter at end of this section vs. the beginning.

A deep dive into DJB’s accounts

The data and analyses presented in this section are based on DJB’s publicly available budget documents.

As you can imagine, these aren’t the most transparent or user-friendly accounts you’ll find on the World Wide Web (Surprise, surprise). Decoding them was a time consuming and frustrating exercise even for a finance professional such as myself. It’s not that the mandatory information wasn’t provided, it’s that it was provided in such a non-intuitive, obscure and exasperating fashion. Just the thought gives me PTSD.

The upside for you though, is that this soul-destroying work has already been done, and you can skip right to the fun part – the nerdy insights!

Note: For the purpose of our analysis, we’ve used budget estimates (B/E) for the year 2012-13, provided by the Directorate of Economics and Statistics, Government of Delhi. We were unable to find final results for 2012-2013 or budget estimates for 2013-2014.

Lets start with some basics. What are Gross Receipts? DJB’s Gross Receipts comprise of Revenue receipts for the current year  (these include sales, transfers (read grants) from the Delhi government, and withdrawals from funds created mainly for depreciation) as well as borrowings in the form of loans and advances from the state government.

As shown in the table below, loans and advances comprised the largest chunk (50%) of Gross receipts for 2012-13. Sales* revenue comprised only 39% of the mix. This statistic would be OK (not really gasp-worthy) if it provided the whole picture. But, it doesn’t.

*Note – this included sales receipts for the provision of portable water as well as sewer maintenance services.

Source: Directorate of Economics and Statistics, Government of Delhi

The DJB also consumed Rs 2,320 crore from their cash balance in 2012-13 (may have been unutilized borrowings from the previous year) to take care of their expenditure needs.

This implies that DJB’s effective borrowings for 2012-13 were around three times their sales receipts for the year! Now that is gasp-worthy, and not in a good way!

So what does the DJB spend all its funds on anyway?

Can you guess what’s disturbing about this table?

It’s the interest expense, which comprised almost 50% of all current expenditure for 2012-13. Even more disturbing is the fact that interest expense was more than 1 and ½ times sales for the same period!

Now, it doesn’t take a rocket scientist to figure out that this is a supremely untenable situation. Infact, such an enterprise could never exist in the business world, because something this catastrophically unsound on a financial basis would be bankrupt aeons ago!

That said, the rules are different for government-owned water utilities since their goal is not unadulterated profit – it’s equitable distribution of water at a reasonable price. In the pursuit of this goal, bearing large amounts of debt and availing of budgetary assistance from the government is common.

However, the DJB (and hence preceding Delhi governments) has misemployed these relaxations to create a financial situation that is so careless, that it can only be called a joke! And this joke ain’t funny.

So we have seen DJB’s receipts and expenditures. Lets now do some simple math to figure how much money they are losing. Lets start with the Current account balance.

The Current account balance (akin to profit for a corporate enterprise) denotes how much a public entity is left with once its expenditures for the current year have been subtracted from its revenues for the year.

Source: Directorate of Economics and Statistics, Government of Delhi

Before making our last point in this section, there’s something we absolutely must call the DJB out on. But before we do that, let’s get some background on Operating and maintenance (O&M) costs. 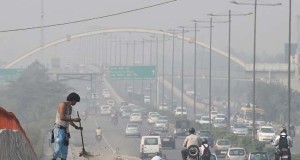