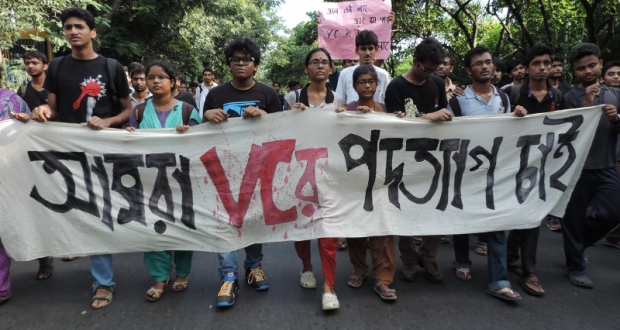 KOLKATA: It started out as Jadavpur students versus Vice-Chancellor tussle last Tuesday night.

But Chief Minister Mamata Banerjee’s “Didigiri”, has taken it from the streets to the corridors of power, alleviating the movement to a showdown between the TMC-government and JU students.

While she should have acted on the students’ complaint against police atrocities and VC Arijit Mukherjee’s high-handedness in handling the issue, Didi instead, directed Trinamool Chhatra Parishad (TMCP) to organize a counter rally that claimed to seek justice for “the molestation victim girl” who has been, according to the party leadership, largely been ignored by the protesting students.

While the opposition parties are chuckiling at the ruling party’s move, mercurial Mamata known for her penchant for mishandling of sensitive issues from the Park Street rape to Kamduni molestation case , did not think twice before dragging her whole party to the street “to seek justice for the molestation victim” while protecting the interim VC.

This is yet another example of double standards of the CM and her government. She has done it before. When caught on the wrong foot, Didi – suffering from a chronic foot-in-mouth disease – has infallibly tried to downplay such issues.

In 2012, she tried to trivialise the Park Street rape case by calling it a “sajano galpo” or cooked up story.Then in 2013, she branded the victim of Kamduni rape a “Maoist”.

Now her government is at it again with the peaceful and disciplined JU movement, which saw around 40,000 students and “outsiders” pouring onto the streets of Kolkata braving the downpour on Saturday. 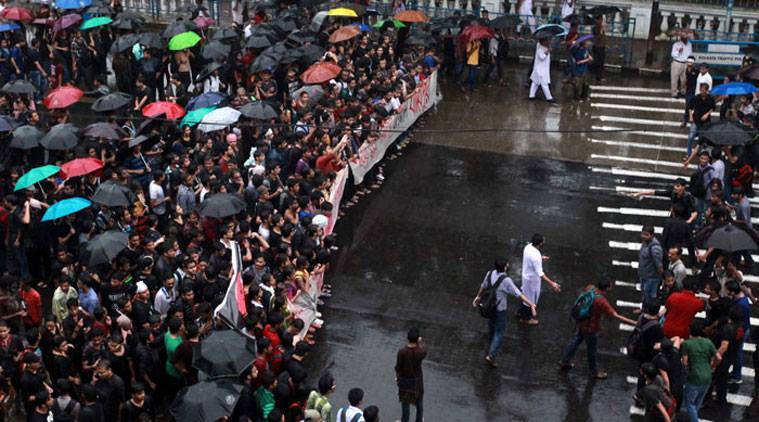 #Hokkolorob : The crowd stands in support, come rain or shine

Shaken by the spontaneous and apolitical youth upsurge, TMC’s first accusation was that the movement enjoyed the support of outside trouble-makers, including Maoists and Marxists.

Even Mamata’s nephew and party MP Abhishekh Banerjee questioned the integrity of protesters by branding them “drunkards and drug addicts”.

This shows sheer desperation of the TMC leadership that is infamous for mishandling emotive issues.

Even as support pours in for “Kolorobis” or protestors from across the world, the father of the molested girl, apparently amid political pressure and post his meeting with the CM, changed his stand and said that he does not want the VC to resign.

Reacting to this decision, a caustic post on Hokkolorob, the seven-day-old Facebook page with more than 47,000 likes, on Monday read,

“What was the reason behind, that – 37 students were arrested ? 3 students have been hospitalised ? 1lakh+ students walked for the march on 20th. Was this all a mockery??? Was this just for some cheap publicity. The protest , the gherao , the lathi charge , the unrest all for nothing?

Though you may act as puppets to political leaders but our protest will not stop. We want the VC to resign for letting the police to hit those innocent students who were simply demanding justice.

‪#‎hokkolorob‬ will not stop. The fire once ignited will not let to be cooled.”

An apolitical, peaceful and disciplined youth uprising gathering steam in the highly-politicised campus culture of Bengal, particularly Kolkata, could be seen as a dawn of a new era.

“Hok Kolorob” or “let there be noise”, taken from Bangladeshi Singer Sayan Chowdury “Arnob”’s famous song Hok Kolorob has ingeniously been adapted into the theme of the movement.

And if the Kolorobis want to keep the soul of the movement intact, they must not allow political parties of any hue to hijack their issue.
Jadavpur University Kolkata Mamata Banerjee Molestation Police Student protest TMC West Bengal 2014-09-23
Team PB7 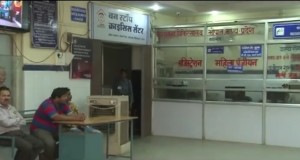 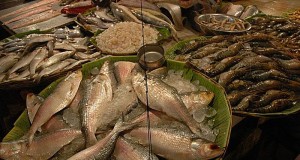