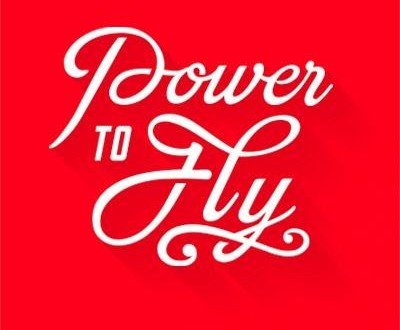 NEW YORK – Have two highly skilled women – with four babies and toddlers between them – finally found a way to achieve an ideal work-family balance? It looks as if PowerToFly, a new startup launched to place women around the world in tech jobs with flexible hours and the ability to work remotely, has done just that.

The founders have deep roots in news media, social media, and technology: Katharine Zaleski is former Executive Director of the digital Washington Post and the first news editor of the Huffington Post; Milena Berry is former Chief Technology Officer of Avaaz.org, the global donations platform. Both women experienced firsthand how even distinguished careers did not save them – and thousands of their high-achieving peers – from feeling derailed, without adequate options for work-family balance.

When Zaleski had her first child, she thought that three months away from work would be enough – and then found that she was wrong.

“I was at home scratching at the walls. I was thinking, ‘This sucks. I either have to go back into the office ten hours a day or I start dropping out.’ I was getting really depressed knowing that I only had two options.”

“If I have this problem, millions of women must have this problem. What is the third way? Women have changed, yet the nature of work hasn’t. There are more highly skilled women than ever before – they can be productive from anywhere – yet the structure of work is from another century.”

Meanwhile, Berry had contacted Zaleski to explain her latest idea. She said,

‘I am starting this company. I am building a network of female developers and will try to place them with companies.’

Zaleski had seen firsthand at Huffington Post how efficient global remote teams could be.

“It was cost effective,”

“Our principle managers were in Ukraine and Morocco. A lot of work could be done while we were sleeping, so we were twice as fast.”

Indeed, Berry had been working remotely for Avaaz.org with three kids at home.

Zaleski realized that the startup Berry was proposing was a way to solve her own problem. So they joined forces to build a platform that could place skilled women globally to work remotely with American tech companies. The site has grown 25% since launching, and now is branching out into editorial jobs in journalism and other industries.

Their goal is to change the nature of work across the board for women.

“You can’t expect a woman with ten years’ experience and a family to uproot and move to your campus in Silicon Valley,”

Zaleski explains, adding that many campuses are deliberately designed so that one never has to leave. That is great if you are 22, but terrible if you have small children who need to be picked up from school.

The expectation is archaic. Many jobs do not require work to be done during certain hours.

PowerToFly finds that remote workers are so happy for the flexibility that their efficiency goes through the roof. As a one-time working mother of small children, I sometimes wished that I worked only for other people who understood the exigencies of that situation, so I can understand that sense of motivation.

PowerToFly already represents women from 147 countries, working with employers like Buzzfeed, Hearst, and The Washington Post. It has placed women who are based in Egypt, India, Jordan, and Russia, among other countries. Their home page shows a smiling young manager based in Chile, and the company is pushing to enlist women in the Palestinian Territories – not for ideological reasons but because there are so many talented programmers there to hire.

“Thirty percent of women in many countries in the Middle East have university degrees,”

Zaleski explains, but they often cannot get jobs commensurate with their training for cultural reasons.

With PowerToFly’s technological ability to transcend cultural barriers, a woman can contribute at the highest levels to an American company – even if local laws prohibit her from driving a car.

Not surprisingly, given such a model, many men want to participate as well. The founders do not rule out eventually expanding to address that need.

In the meantime, putting substantial pay directly into the hands of women in countries where their legal status is low is bound to bring about social change. Considering the efficiencies that the founders have identified in highly skilled, underemployed women available for global teams, it is clear that the “disruptive” potential of PowerToFly is vast.

Indeed, the platform is likely to integrate more women into the US technology sector and heighten cultural exchange. As more Jordanian, Moroccan, Ukrainian, Chilean and other women chat every day with their US counterparts, they will lessen the “otherness” of the other. But, most disruptive of all, PowerToFly could subvert our old-fashioned and unimaginative idea of what “work” has to be and where and when it has to be carried out.

In short, Zaleski and Berry’s venture promises to put positive pressure on other workplaces. That is good news for anyone, male or female, who has young children or aging parents – or simply wants a more balanced life.

Previous: They Stopped to Listen to Street Kids
Next: Her Toy Story