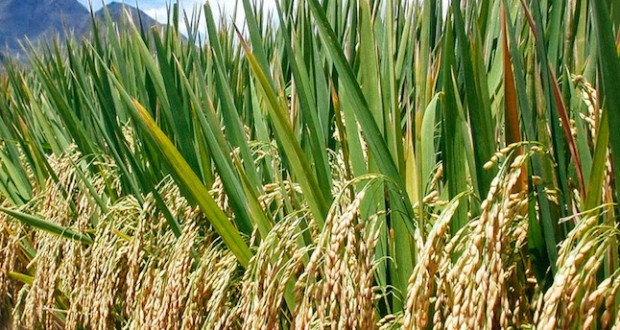 A new strain of GM rice has been developed that can endure extreme conditions | Photo: ourworld.unu.edu Creative commons

More Crop for the Drop

STANFORD – The United Nations has called drought the “world’s costliest natural disaster,” both financially, imposing an annual cost of $6-8 billion, and in human terms; since 1900, it has affected two billion people, leading to more than 11 million deaths. That is because so much of the world is vulnerable; currently affected areas include Australia, Sub-Saharan Africa, South Asia, North and South America, and the Middle East.

Given that agriculture accounts for 70% of water consumption, on average, worldwide, it seems logical that this sector should be the focus of conservation measures. And, in fact, a proven technology exists that could go a long way toward reducing the impact of drought: genetic engineering (GE).

Even with research and development hampered by resistance from activists and excessive government regulation, drought-resistant GE crop varieties are emerging from the development pipeline in many parts of the world.

Over the last two decades, such crop varieties have been cultivated on more than 1.5 billion hectares by more than 17 million farmers in some 30 countries – without disrupting a single ecosystem or causing so much as a stomachache. Worldwide, these new varieties have provided “very significant net economic benefits at the farm level, amounting to $18.8 billion in 2012 and $116.6 billion” from 1996 to 2012, according to a recent report by Landes Bioscience.

Most of these new crop varieties are designed to resist herbicides, so that farmers can adopt more environmentally friendly, no-till cultivation practices, and many have also been engineered to resist pests and diseases that ravagecrops. Others have higher nutritional value, making them ideally suited for developing-country populations that struggle to acquire the nutrients they need to lead healthy, productive lives.

But, in the long term, the greatest boon of all, for both food security and the environment, will likely be the ability of newcrop varieties to tolerate periods of drought and other water-related stresses. Even a small reduction in the amount of water used for irrigation could have huge benefits, especially in drought conditions.

To develop such varieties, plant biologists identified genes that regulate water use and transferred them into important crop plants, enabling them to grow with less or lower-quality water, such as water that has been recycled or is high in natural mineral salts.

Egyptian researchers have shown that by transferring a single gene from barley to wheat, the plants can tolerate reduced watering for a longer period of time. This new, drought-resistant variety requires only one-eighth as much irrigation as conventional wheat; in some deserts, it can be cultivated with rainfall alone.

Other types of GE crop varieties, such as those that are disease- and pest-resistant, indirectly improve the efficiency of water use. Because much of the loss to diseases and pests occurs after the plants are fully grown – that is, after most of the water required for their growth has already been supplied – resistance to them means more agricultural output per unit of water invested. In short, farmers can get more crop for the drop.

Molecular genetic engineering technology can conserve water in other ways as well. One-third of irrigated land worldwide is not suitable for growing crops because of the presence of salt – the result of repeated fertilization. To regain the more than 200,000 hectares of irrigated land that is lost to cultivation annually, scientists have enhanced the salt tolerance of crops as diverse as tomatoes and canola. The transformed plants can grow in salty soil and be irrigated with brackish water, conserving fresh water for other uses.

Given the benefits, one might expect such developments to be universally lauded and encouraged. But they face major regulatory obstacles.

Europe, for example, largely prohibits GE crops; India has approved insect-resistant cotton but has failed to sanction any food crops. Even where GE crops are being cultivated, unscientific, excessively burdensome regulation has raised the cost of producing new plant varieties significantly, keeping many potentially important ones from the market.

These measures are irrational, because they are inversely related to risk. They permit the largely unregulated use of new varieties of plants and microorganisms that have been crafted with less precise and predictable techniques, under the pretense that they are somehow more “natural,” while stringently regulating – or even banning – those based on the most advanced knowledge and methods.

How much more preventable misery and death must occur before our policymakers see reason?

Henry I. Miller is the Robert Wesson Fellow in Scientific Philosophy and Public Policy at Stanford University’s Hoover Institution. A physician and molecular biologist, he was the founding director of the Office of Biotechnology at the US Food and Drug Administration.
Bioscience disaster drought genetic engineering genetic modification crops United Nations 2014-08-29
Team PB7

Previous: Shubhada Varadkar : An Achiever In Her Own Right
Next: They Stopped to Listen to Street Kids 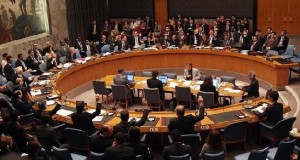 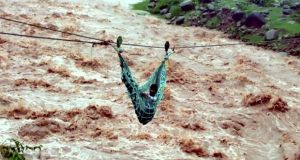