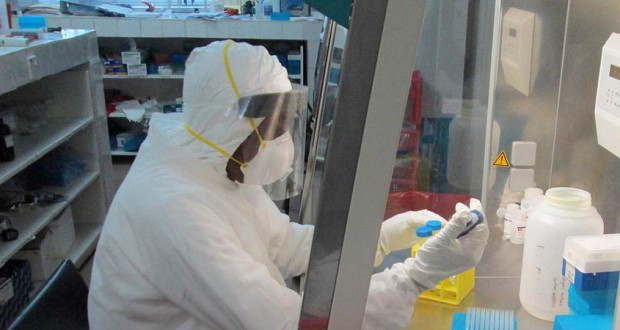 We’ll never find an Ebola vaccine without taking some risks

The current West African ebolavirus outbreak, which has now reached more than 1,000 cases and resulted in more than 800 deaths, is a reminder of the often unpredictable nature of viruses and the difficulties in finding and developing vaccines and antivirals.

The outbreak appears to have focused efforts. Anthony Fauci, director of the National Institutes of Health (NIH) in the US, said human trials for a vaccine will start in September with a potential vaccine ready by July. His comments come after two infected US doctors were reportedly treated with a serum, believed to be a monoclonal antibody administered under an FDA compassionate exemption that allows drugs to be used outside clinical trial.

But even in the case of ebolavirus, it has taken nearly 40 years to get this far (partly due to a lack of funding from pharmaceutical companies) and there is no guarantee that these treatments will be successful.

Other viruses that pose a continuous threat of disease include seasonal influenza, measles and mumps, and also viruses that pass from animals to humans, such as the MERS coronavirus and avian influenzas.

Understanding these diseases can lead to curbing transmission and the development of new antivirals or vaccines. This is usually done under controlled conditions in the lab or by taking samples in the field and using computers to model virus spread.

But it is becoming clear that researchers working on these pathogens don’t agree on how best to study these particularly dangerous viruses and two groups have now emerged with different views. The fear is that this could affect the fields of virology and microbiology as a whole and slow down the speed at which vaccines can be found or developed.

Controversy surrounds these pathogens because of potential lapses in safety, notably by the Centres for Disease Control (CDC), which admitted employees may have been exposed to anthrax more than once and the NIH, which found six vials of forgotten smallpox (along with other viruses) in a storage room.

The most recent uproar was the creation of a dangerous strain of influenza virus by virologist Yoshihiro Kawaoka and colleagues that could evade the human immune system – in order to aid in the development of new influenza vaccines.

In 2010, the labs of Kawaoka and a fellow virologist, Ron Fouchier in The Netherlands, were blocked from publishing work that demonstrated the genetics and characteristics required for avian influenza viruses to transmit between ferrets.

As these viruses aren’t normally able to do this and were artificially modified to give them novel properties, the experiments fall under a category called “gain of function” (GOF).

The debate rests on whether any potential risk to the public is worth the benefit to be had from an increased understanding of influenza virus biology.

The issue sparked a year-long self-imposed moratorium by influenza virologists to assess this but after further guidelines, this type of research has resumed and the withheld studies have been published.

Microbiologists, and virologists in particular, have a long history of working safely with pathogens and have developed effective strategies to protect themselves, the public and the environment from a potential release.

Viruses, as well as bacteria and parasites, are classified into biosafety levels, each with their own specific safety strategies.

The highest safety categories are three and four (to which ebolavirus belongs), with specialised rooms and buildings together with personal protective gear and rules on coming in and leaving the lab. This is before you consider outside safety checks and funding conditions.

Some leading scientists who formed a collective have called for another stop to GOF research. But others who disagree argue that preventing this work would be inhibitory to science and potentially damaging to the field, have instead created another group called Scientists for Science.

Their members, backed by the International Union of Microbiological Societies, are confident that current safety measures and high-containment labs around the world are sufficient to protect researchers and the public from any risks involved in working with pathogenic viruses.

They believe a broad ban should be avoided in favour of specific consideration on a project-by-project basis. They have called for an independent meeting of scientists, funders and public health officials to work out the best way to proceed, given the difficulty of accurately predicting the future benefits of scientific research.

The fact is, if we are to prevent infections and deaths by developing antivirals and vaccines, continuing research into viruses such as influenza and ebolavirus is critical.

And despite reported lapses in safety in certain labs, changes to current protocols must be balanced against the risks of not undertaking such work, including the bigger potential for spread raised by global travel.

Ultimately, working with pathogenic viruses carries some risk. As the most recent ebolavirus outbreak and inevitable fears around novel strains of influenza show, finding ways to counter dangerous viruses will require us to go further than we have done so far – and it is something we will need to resolve soon.

Previous: The Dark Side of Physics
Next: Twitter tiffs and celebrity clashes as stars wade into Gaza debate 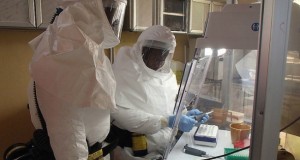 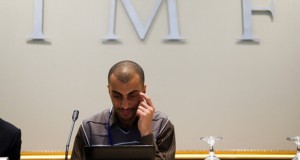