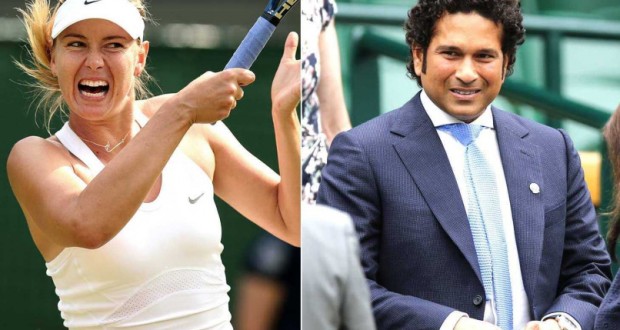 Not knowing Tendulkar is not akin to blasphemy

The Little Master, in an exclusive interview to NDTV, said,

“Sharapova’s comments were not disrespectful. She doesn’t follow cricket,”

sealing the fact that Maria Sharapova’s ‘who is Sachin Tendulkar’ statement is neither a jibe to the cricket legend nor akin to blasphemy.

In India we worship cricketers like God, but that does not hold true for the sport across the globe. If at all, any story that could have emerged out of the remark could have been the Russian star’s general knowledge.

Unfortunately, that angle wasn’t explored and the social media was flooded with angry reactions from Tendulkar fans and media, few being quite derogatory and unsavoury.

“Who is Maria Sharapova” campaign spread like wild fire on social media platforms. And with the sequence of events that unfolded while even Sharapova would have been more embarrassed for her GK rather feeling sorry for not knowing Tendulkar, the Master Blaster’s embarrassment is beyond imagination.

Indian sport lovers should accept the fact with grace that cricket is played by a handful of countries and nations like Russia, Colombia, Argentina et al are quite naïve about the sport.

Disciplines like tennis, golf, racing, rugby are sports that have their own share of followers irrespective of the developments elsewhere.

To buttress the point, an example could be put forth. How many of us know Wayne Gretzky? Perhaps very few!

This 53-year-old is a Canadian ice hockey legend who for 20 long years (1979-1999) played for four teams in the National Hockey League.

Gretzky may be a head-turner in Canada, but when it comes to India, he needs a vivid introduction whenever on dais and moves into oblivion when in crowd.

And, that’s the way it has been all around the globe.

Hence, Sharapova being naïve to the game of cricket only highlights her lack of interest in the game. The Russian star, who was focused on her tennis from infancy, may have never paid much attention to what goes on outside her interests.More so, after getting into Nick Bollettieri Tennis Academy in Bradenton, Florida, at the age of seven to hone her skills further.

Let alone knowing sporting heroes of other disciplines, nationality or ethnicity, players cannot be belittled for not knowing the stalwarts of yesteryears in his/her own domain.

An anecdote about our very own dashing former India opener Virender Sehwag could make the point simpler.

In 2006, when India toured Pakistan, Virender Sehwag and Rahul Dravid put on 403 for the first wicket in Lahore which was tantalizingly close to the world record (413) scripted by another two Indians Pankaj Roy and Vinoo Mankad fifty years ago.

At the end of day’s play Sehwag revealed that he neither had any clue about the record nor the two former players – Mankad and Roy.

Former players and a section of the media sought the opportunity to launch a scathing attack on the swashbuckling opener, but few good senses prevailed and the point in favour of Sehwag was established after much hue and cry.

Last but not the least, we Indians should be more careful at getting things right ourselves before pouncing on people who don’t know Tendulkar.

Previous: No Need to Grow Grains, Dig the Earth and Get ‘Cereals’
Next: A town where you can buy a house for ₹ 20,000