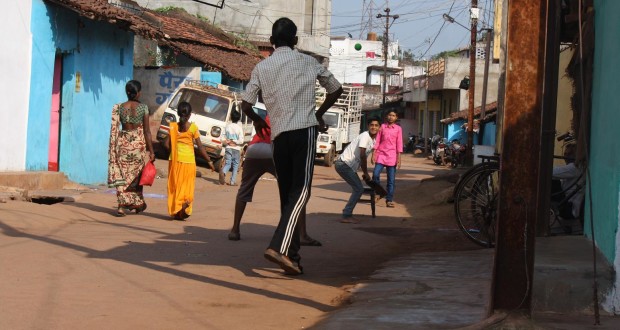 Dalli Rajhara. The name is a tongue twister and sounds distinctly South Indian. The dusty town (walk around for a while and the iron ore sand would turn your shoes and trouser bottoms ochre-coloured), surrounded by seven hills and perched on a high land on the periphery of naxal-affected regions of Chhattisgarh and Maharashtra, is neither.

It is rather cosmopolitan and a brain twister.Brain twister because where else would you find a sprawling town which lives on borrowed land and resources.

This is a town where everything from houses to hotels to shops to parks to stadia has come up on government land. 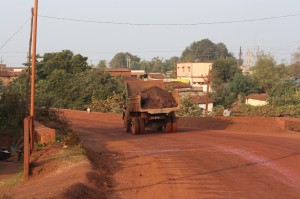 Dalli (this is what locals prefer to call it), famous as an iron ore mining town located to the south of Durg, has come up purely on land which belongs to Indian Railway and Bhilai Steel Plant (BSP).

So much so that its Municipal Council presided over by Mukti Guha Niyogi, daughter of legendry labour leader late Shankar Guha Niyogi, needs Railway and BSP’s permission to carry out development works here.

“The municipality has no land here and every time we need to carry out development work we have to run to either the BSP or the Railway,”

Dam Side, a minor settlement which has come up in a labour camp in south of the town, is an example of how government agencies are hostage to the BSP and the Railway.

The settlement has been there for several years but still has no electricity, drinking water or sewerage facilities. It’s only fault is that it has come up on BSP land and draws illegally from BSP’s water supply. 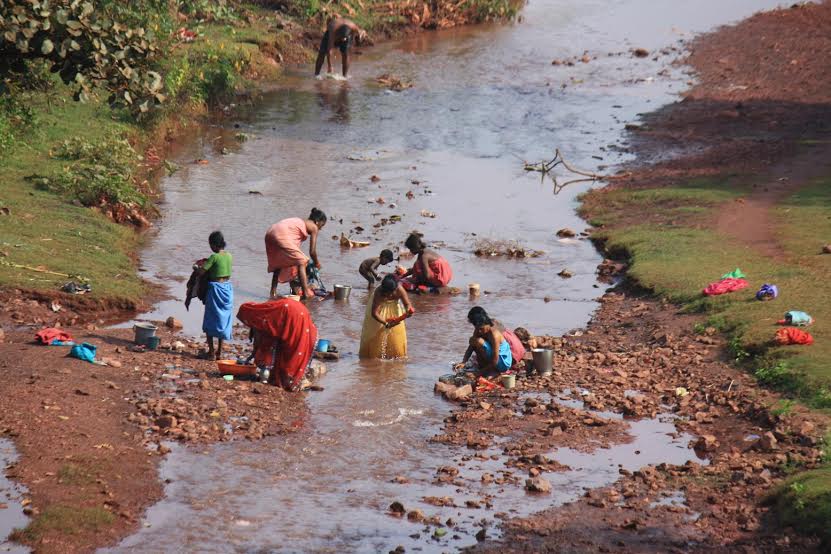 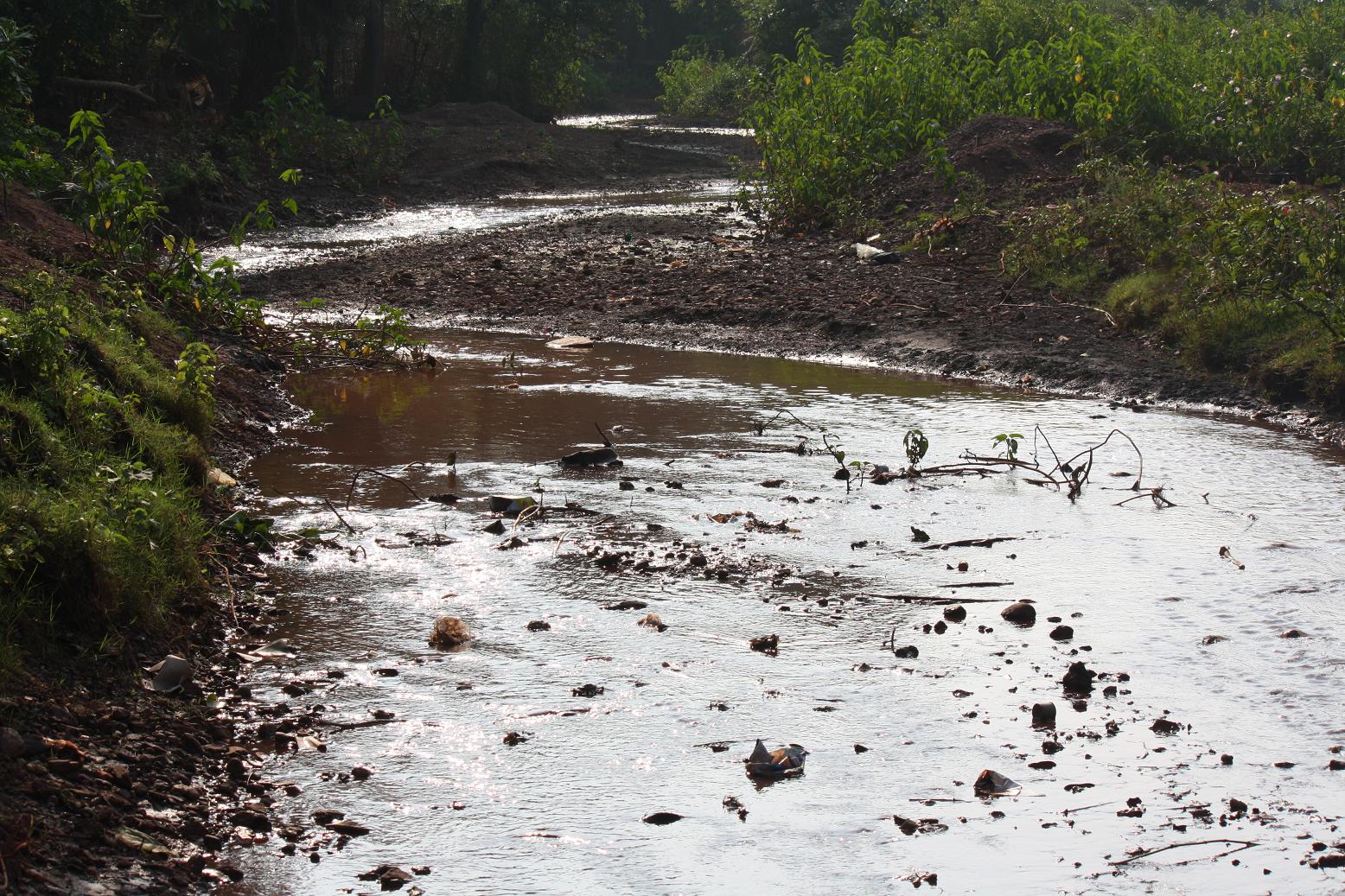 Downstream (nallah in local parlance) in a labour camp

The political class has for long tried to get the town land transferred from the railway and the BSP to the residents. 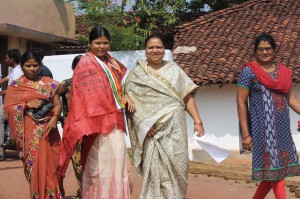 Mukti Guha Niyogi and other leaders from her party (Congress) even sat on a hunger strike in support of the demand in 2013.

Dalli Rajhara has a bustling market around Durg-Narayanpur (a district adjoining Bastar) road. Here one can shop for anything from furniture to readymade garments to vegetables.

It has a couple of decent guest houses-cum-hotels and a few run-down lodges. There is also a talkie – New Asha Talkies – which shut shop some years ago.

It has a bus stop where one can get buses for Durg, Bhilai, Raipur and Naryanpur and even Garhchiroli, a district dominated by naxalites in Maharashtra.

There is a railway station which is connected to Durg and Raipur by an express and a DEMU (Diesel-Electric Multiple Unit) train.

Puna bai, one of the first settlers of a labour camp

The town’s tentative nature came to the fore in January last year when Railways, in a bid to connect mines in Rowghat (Narayanpur) with Dalli and Bhilai, demolished houses and made around 165 families in the Labour Camp homeless.

The displaced residents have still not been rehabilitated despite local politicians including Niyogi having launched pitched campaigns for it.

Besides the mines looking down on it from left and right, the town is distinct in many other aspects.

It may probably be the only place in India where the population has registered a decline.

The number of persons living in the town has gone down considerably in last decade or so as the mines which employed them have reached a saturation point.

Go around different parts of the town and you will come across many houses locked for years.

Residents of the town still prefer to coat their floors (even marble floors) and front yards with cow dung. You even find edges of the main road coated with a paste of mud and cow dung every morning. 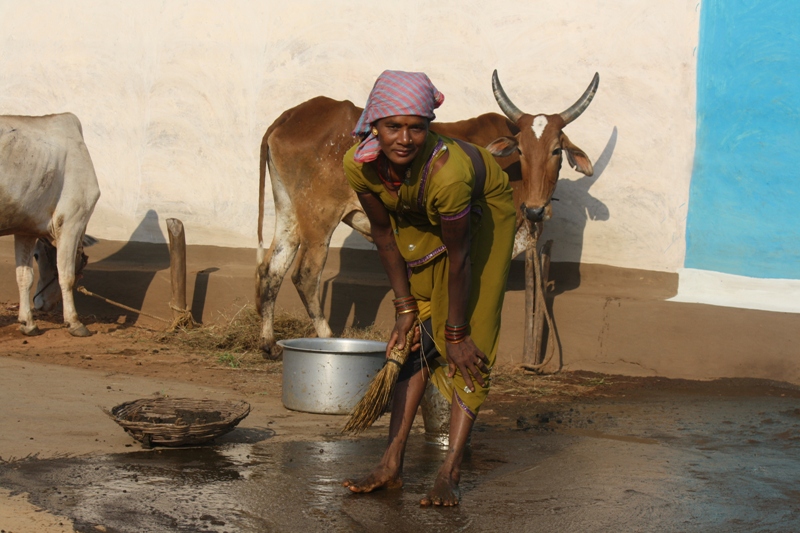 A woman giving cow dung coat to her cattle enclosure

Like rest of Chhattisgarh, the cow is considered a holy animal in Dalli. Many of Dalli residents, particularly the ones living in labour camps, bath and wash in drains which gurgle down from the mines.

Secondly even in times characterised by steep hike in inflation, there are some things which continue to be within the common man’s reach in the town. The land and housing are among these. 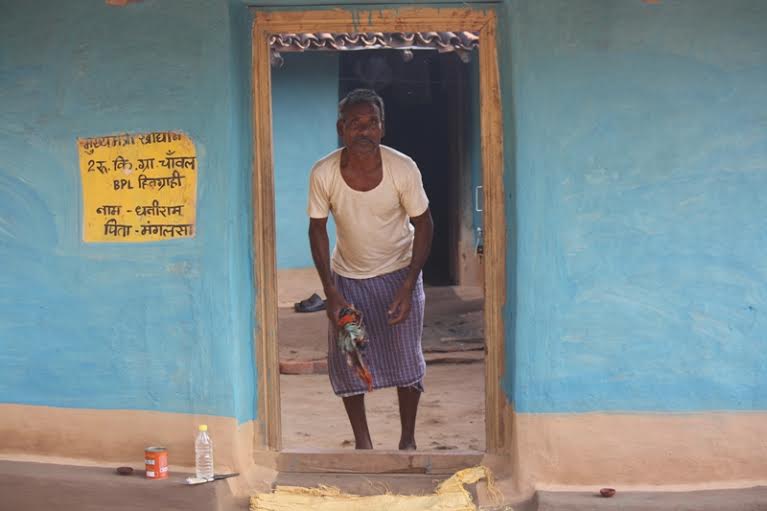 A kuchha house in Dalli

This will be a mud house located on edge of the town. But house all the same. Besides being spacious, it will have airy rooms and a boundary wall high enough to ensure privacy for the inmates.

The rate of the land in and around Dalli starts from Rs 500 per square yard. Five bighas or an acre of farming land costs around one and a half lakh.

It is even lower in the villages around Dalli. But there one may have to shell out protection money to naxal groups. The low cost has made many Haryanvi farmers invest in land in several parts of Chhattisgarh.

Dalli has a cosmopolitan character. People from several states – including Maharashtra, Madhya Pradesh, Bihar, Uttar Pradesh, Punjab, Nepal, West Bengal and Andhra Pradesh – have settled here over the years. Most of these people came here to work in the mines and stayed put even after the BSP laid them off. 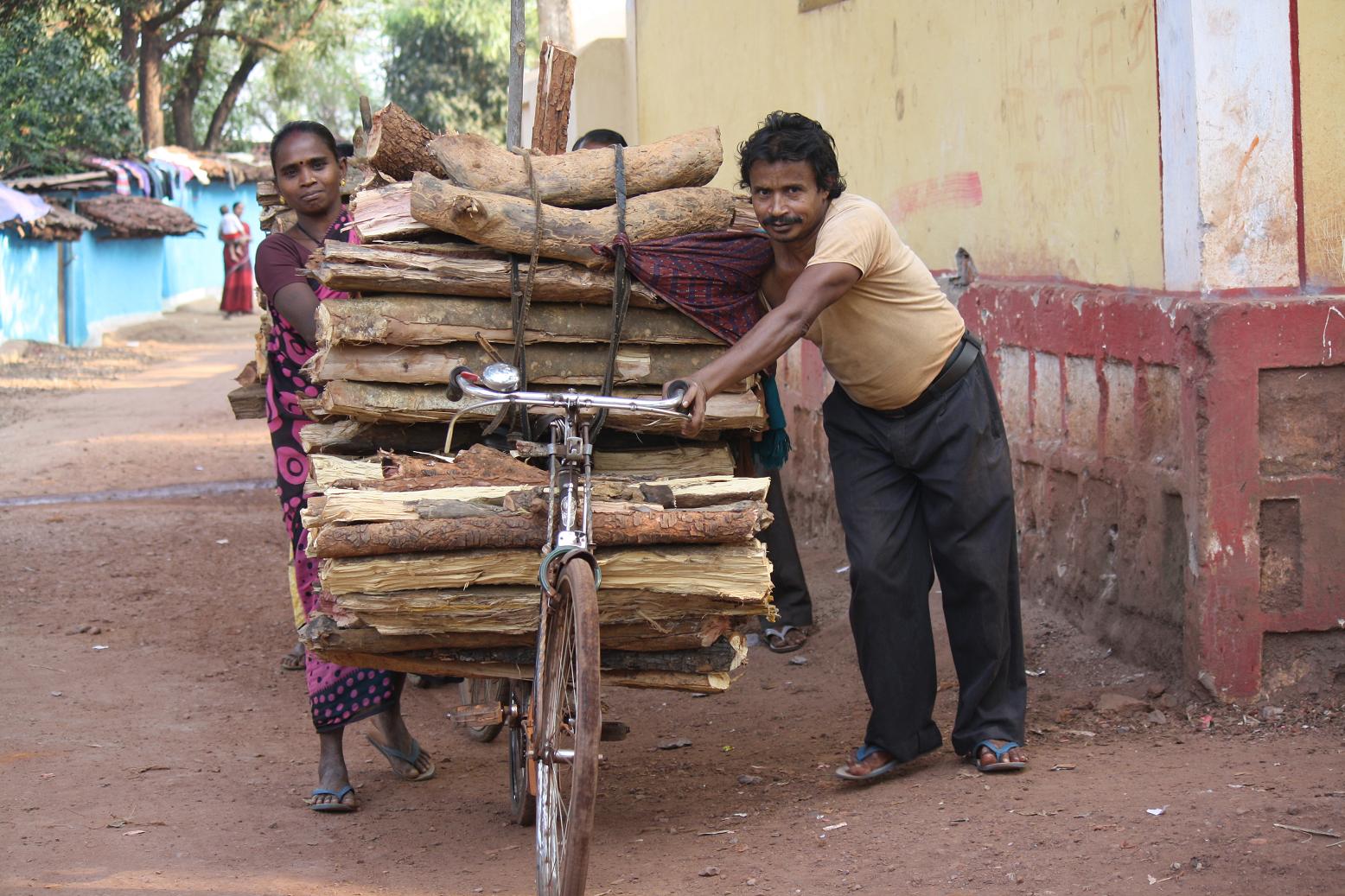 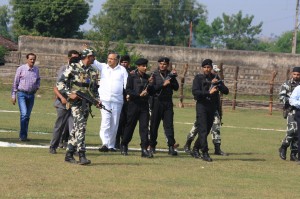 Chhattisarh CM who has introduced the PDS

Besides being inhabited by lower middle class, what keeps prices of rations (the prices of vegetables are no lower than Delhi or other places) in check is that there are less buyers for it.

Majority of people here are Below Poverty Line (BPL) and are entitled to 35 kg of rations (25 kg rice and 10 kg wheat) at Rs 2 per kg, 2kg grams at Rs 5 per kg, over a kg of sugar and two packets of salt and kerosene under Public Distribution System (PDS) scheme in the state.

The easy availability of rations and limited circulation of currency keeps the food prices down to a great extent.

A ten rupee note can fetch you eight golgappas and a full plate of dahi bhallas and golgappa chaat which would cost double in Delhi, Mumbai, Gurgaon and other places.

On the flip side access to cheap ration has made people lazy.

Previous: Not knowing Tendulkar is not akin to blasphemy
Next: Larwood’s shame is Ishant Sharma’s fame