What's Trending
Home > Business > Microsoft culls a massive 18,000 staff. Does this spell the end of its devices? 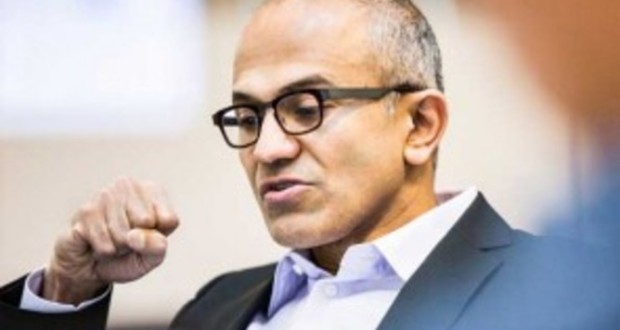 Microsoft culls a massive 18,000 staff. Does this spell the end of its devices?

|By David Glance, University of Western Australia| The Conversation|

The pain, it seems, is not over for former Nokia workers as their new employer, Microsoft, prepares to cut its workforce by a massive 18,000.

Although Microsoft has not announced where all of these cuts will come from, but 12,500 are expected to be from the newly acquired Nokia mobile business which added an extra 25,000 staff this year to swell Microsoft’s staff numbers to 127,000.

It is not surprising that Microsoft would want to reduce its staff numbers.

In a simple comparison of productivity of net revenue per staff between Microsoft and other tech leaders like Google and Apple, Microsoft was lagging even before it took on the extra Nokia staff (see table below). At 127,000 staff, profitability would have taken a big hit.

The layoffs are expected to cost Microsoft between $1.1 and $1.6 billion over the next year in pre-tax charges which makes the Nokia purchase even more expensive.

No longer would it be a simple “devices and services” company but it would become a “productivity and platform company for the mobile-first and cloud-first world”.

It was no secret that former CEO Steve Balmer completely misread the iPhone’s potential and consequently consigned Microsoft’s role in the mobile market to that of an extra.

Microsoft however have always believed in the mythology that even though they come to a market late, they could always catch up through sheer will and the declaration that they are suddenly all about devices and services. This was certainly true when they held a monopoly in the PC market, but it is unfortunately not the case in markets for which they no longer have any influence.

Satya Nadella is now doing what most new CEO’s do and declaring a new vision for Microsoft which is all about productivity. This may guide Microsoft into deciding what they don’t want to be doing but unfortunately says very little about what they can do in a market in which they have no presence.

The massive cuts perhaps signal that Nadella has no confidence that Microsoft will be able to make something of the mobile phone business it bought for $7.2b.

This wouldn’t be the first time that Microsoft has written off a massive purchase. In 2012, it wrote off most of the $6.2 billion it had spent on online advertising company aQuantive.

Nokia’s mobile phone business was already struggling before Microsoft bought it and with the layoffs and change of direction, it seems clear that this is unlikely to change.

As part of the re-definition of Microsoft, it seems that some of the staff cuts will come from the no-longer-core Xbox division.

At one point, Microsoft used the Xbox as the spearhead in the fight for the living room. Again, they viewed the battle to be about PCs. Prior to the Xbox, Microsoft had developer Windows Media Centre with the view that people would have a PC in their living room and this would replace all other types of media devices.

What happened however was that people didn’t want PCs in their living rooms and opted instead for smart TVs and a plethora of small inexpensive media players that include the Apple TV and Google’s Chromecast.

If they wanted to surf the web at the same time, they used their tablet and/or their mobile phone.

However Microsoft decides to “tweak” or restate its business, its fundamental challenge will be that it has no presence in the mobile market.

As Apple and Google continue to eat away at the dominance of Windows on the PC, even Microsoft’s two principal cash cows, Windows and Office, are at risk. If mobile defines our future productivity, Nadella’s vision for his company seems unrealistic and it is hard to see a future where Microsoft continues to play anything other than a legacy role.