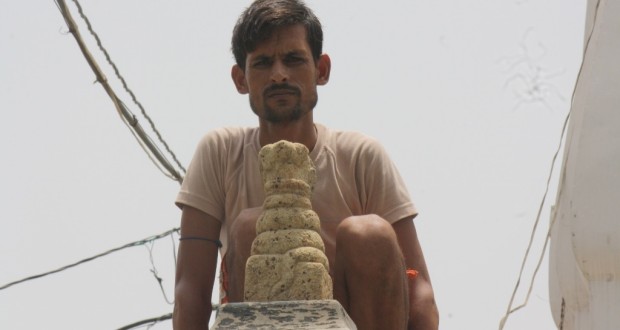 Sushil koirala with an idol of Shiva's Sheshnag found in excavation

Greater Noida: Bisrakh, is a nondescript village tucked behind under-construction high-rises where driving a vehicle means shifting through clouds formed by dust, grime and sand.

It finds a mention in the press either for crimes registered in a police station named after it or around Dussehra, the Hindu festival, it largely does not celebrate. 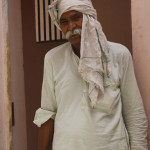 But mention Ravana, demon king, scholar, musician, writer of Ravanasamhita, an astrological book, and lead villain of Ramayana, and Bisrakh immediately acquires a larger-than-life profile. Mention the legend and the sleepy place comes alive with tones racking up glory and pride.

“I read in my class four textbook that Ravana was born at our place. He worshipped at this Shiva Kheda (Shiva temple on a mound),”

says Shyam Lal Vashisht, an elder, pointing towards a walled complex which houses a small Shiva temple. The sanctum sanctorum of the temple having a rectangle lingam is not even enough to accommodate two people.

The two and half feet long lingam with brown texture is believed to be self formed and discovered many decades ago. Another eight feet length of the lingam is in a cellar on which the sanctum sanctorum stands. A narrow staircase leads into the cellar. 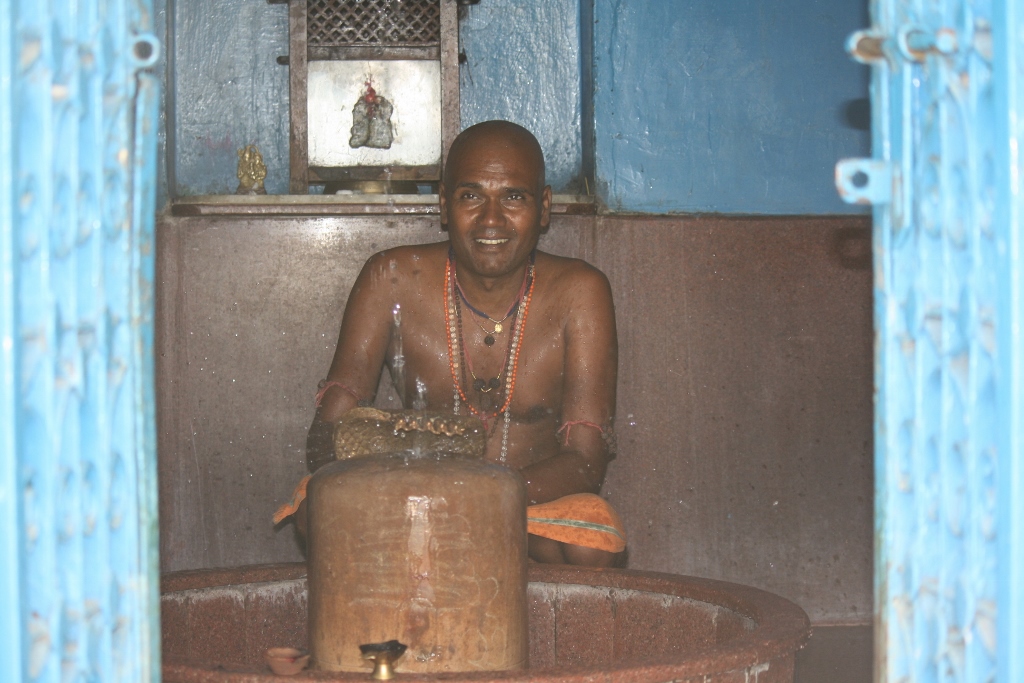 Swami Anilacharya, one of the priests in the temple, claims that the cellar was once connected through a tunnel to Dudheswarnath Mandir in Ghaziabad.

The temple entrance displays life-size idols of Ganesha in the centre flanked by Shiva and Parvati on either side. On its inner wall, it exhibits the pictures of Vishravas and Kaikeshi. 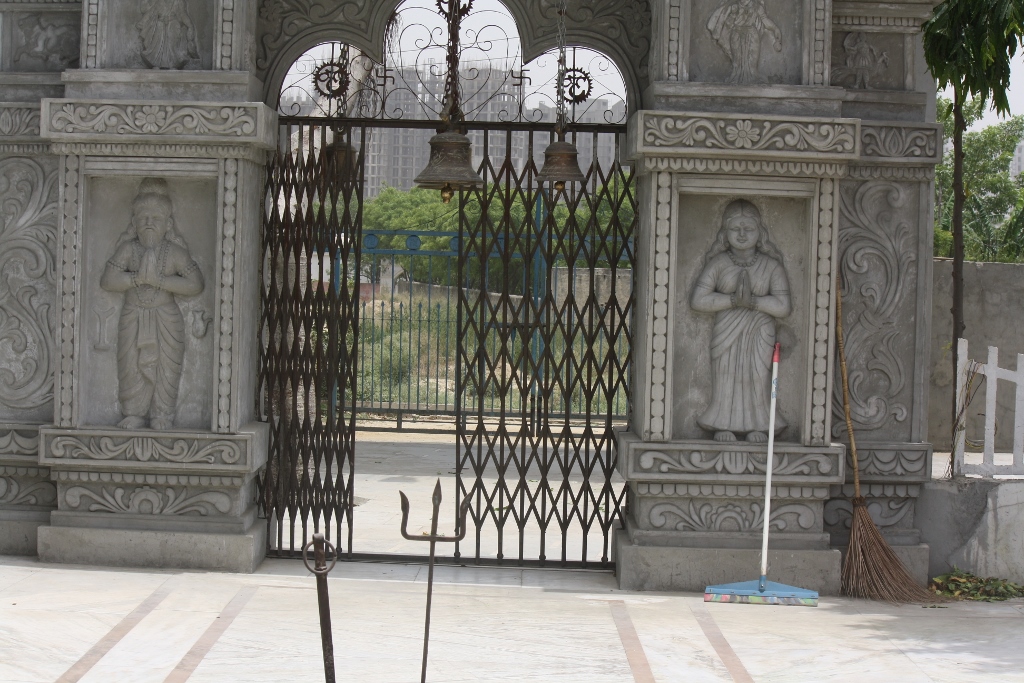 The legend is that Ravana was born to Vishravas, a sage and inhabitant of Bisrakh, and Kaikeshi, a demon princess from Meerut. Ravana’s grandfather Pulastya was one of the Sapta rishis, the seven great sages of Hindu mythology considered patriarchs of Vedic religion.

Vishravas went to Lanka to perform a Yajna and settled there with family. He was gifted the magnificent state by Shiva. Subsequently he passed on the gift to Kuber, his eldest son and god of wealth. Ravana became the king of Lanka after chasing Kuber out of the place.

The village does not burn effigies as a mark of respect for Ravana, their son of the soil. Many of them, particularly the younger lot, however, have lately started visiting nearby places to watch the spectacle.

“We are not original inhabitants and do not even know who they were,”

Though people, having become rich due to the property boom around, here live in large, brightly-painted mansions and drive around in luxurious SUVs, Bisrakh looks out of place in the Greater Noida layout where smooth, wide roads and cleanliness are the norms. Slush flows on to the streets at several places and encroachments are rampant. Real estate offices and hoardings have sprouted all around the place even overshadowing the small signboard of Bisrakh at the village entrance.

The inhabitants of Bisrakh believe that the village was located at another site during Vishravas’ period. That village got buried under earth during a natural calamity. The present village came into being about 220 years ago when Gurjars from Jaisalmer migrated to the place.

But the historicity of the place is proved from the fact that every time the villagers dig into a mound (there were quite a few in the past) they discover figurines, wide brick foundations, pottery and other relics from the past.

Shiva temple priest Ramdas has adorned some of the discovered figurines on outer wall of the temple structure. 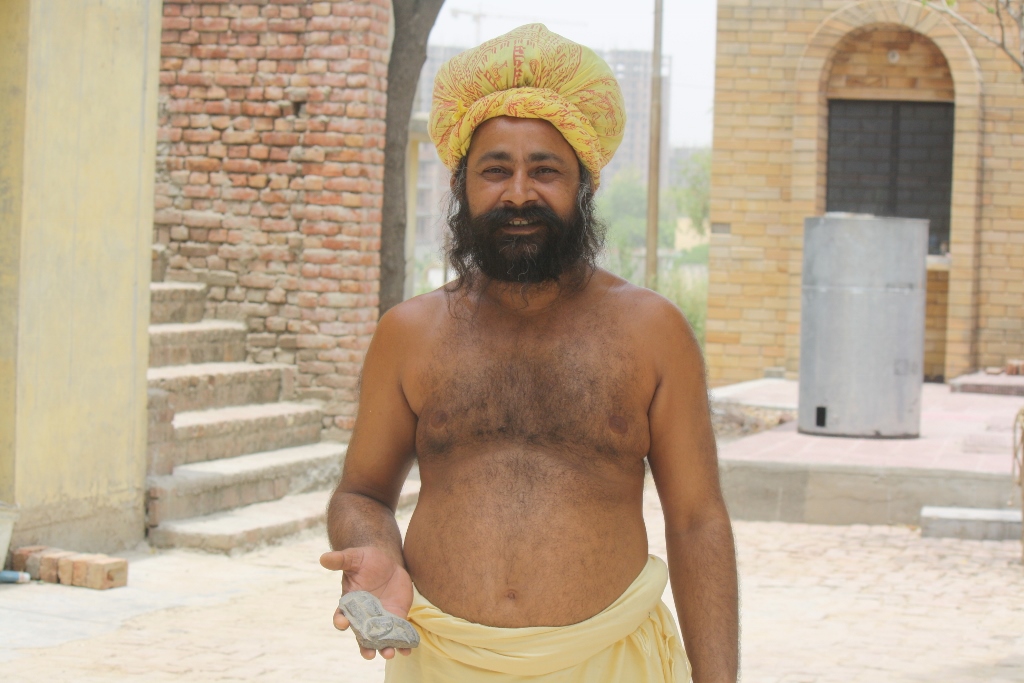 “We find wide flat bricks and foundation walls under the soil,”

Ramdas claims even as his deputy Sushil Tiwari holds an ochre colour brick for the camera. 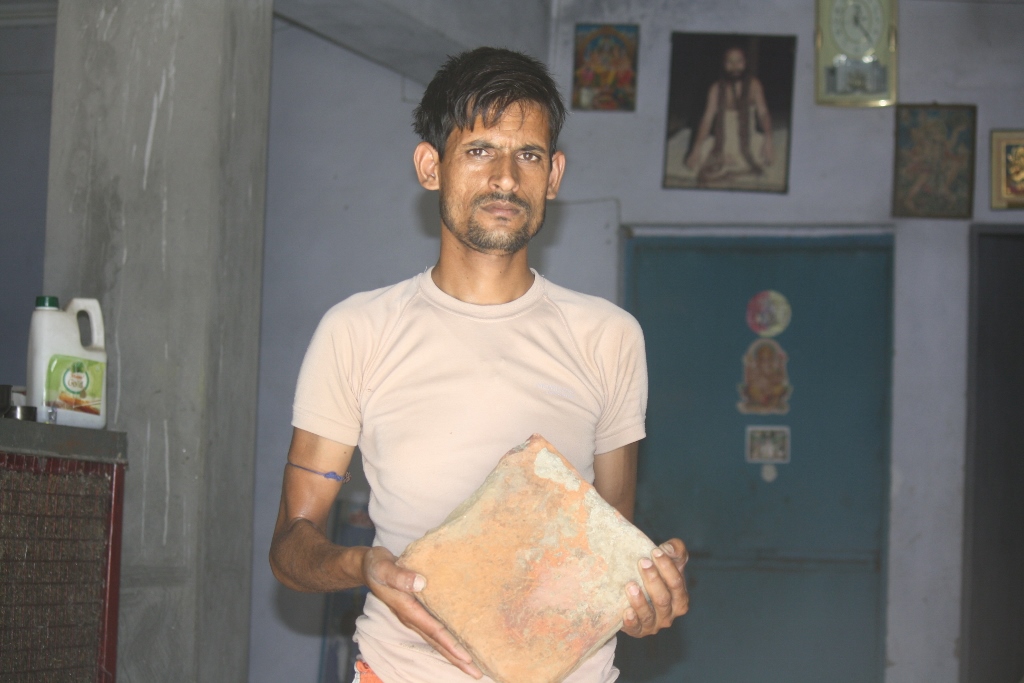 Vashishat too claims to have hit upon a large wide brick foundation during the construction of an octagonal Parvati temple which is being constructed opposite the Shiva temple. 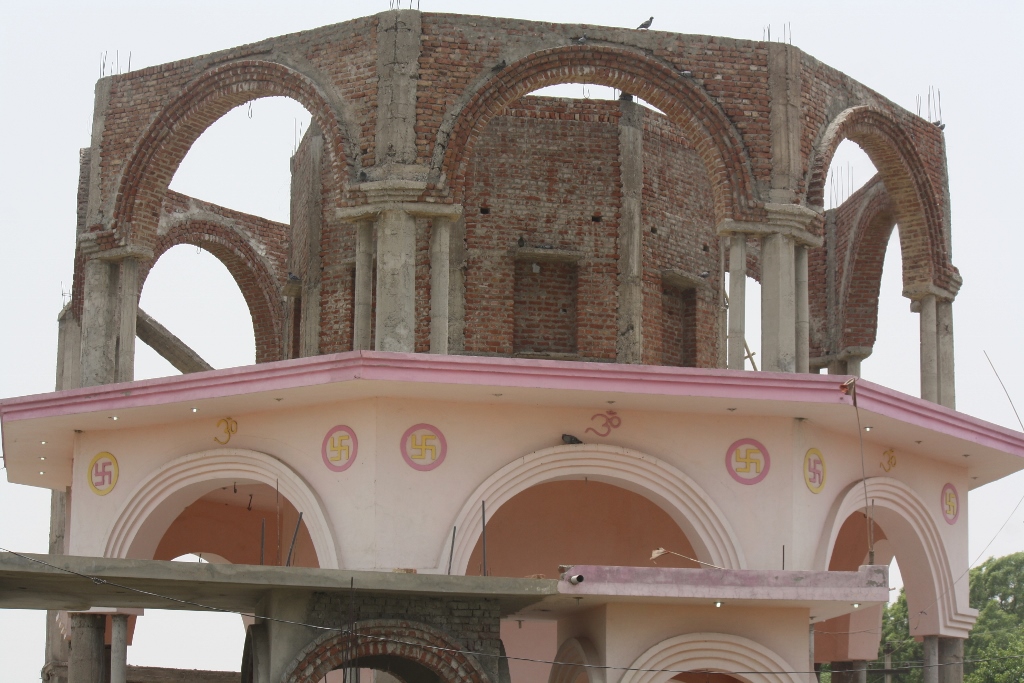 Ramdas discloses that many of the artifacts discovered in the village – old coins with sun printed on them and idols – were bought over by outsiders in the past.