What's Trending
Home > Health > Sunderbans gets a hospital for the poor, by the poor 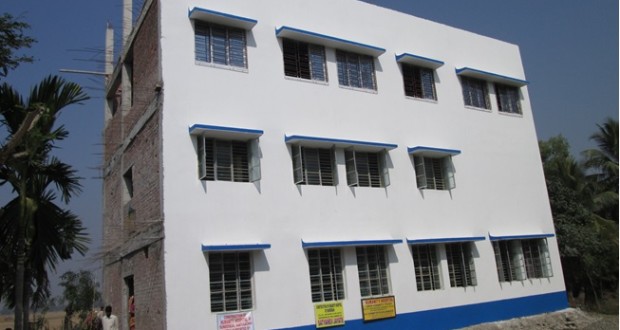 The second branch of the Humanity Hospital in Sunderbans

Widowed at the age of 23, Subhashini Mistry toiled hard for decades to save enough money for her dream project-to build a hospital for the poor.Today, the 70-year-old can look back with satisfaction at two-storeyed buildings located in Haspukur and Sunderbans, which stand testimony to the realization of a dream she never gave up.

Four decades ago when a poor widow made an oath, wailing over the lifeless body of her husband: “Nobody would suffer my fate”, people wouldn’t have taken her seriously.

But Subhashini Mistry, now 70, is a woman of her words. She fulfilled her promise by laying the foundation of Humanity hospital in Haspukur on the outskirts of Kolkata in 1996.But her desire to serve the poor did not end with that.

Humanity hospital has recently opened its second branch in Sunderbans to fill the medical void created by near absence of government health facilities in the poverty-stricken area.

So how did the idea dawn upon Subhashini?

The untimely death of her agricultural labourer husband gave birth to the idea of building a hospital for the poor by the poor in the village of Haspukur.  But back then it did not seem like the right time to indulge in her dreams. She had four hungry children — the eldest being eight years old and the youngest all of two — to feed and all she knew was household chores. So she started working as a domestic help in nearby houses.

“I have worked as an agricultural labourer, a maid and even polished shoes,” 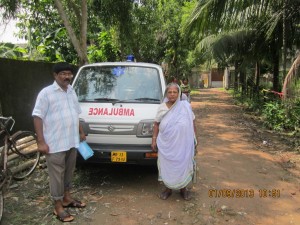 Subhashini with her son Ajoy at the hospital premises in Haspukur

Subhashini tirelessly worked as a domestic help and a vegetable vendor for 20-long years to save money to buy some land for her dream project. At the same time,the gritty woman also put her youngest son Ajoy, who she identified to carry on her mission, through a medical college

Never disappointing his mother, Ajoy successfully completed his secondary education and then went on to clear the All India Medical Entrance test. Aided by a German scholarship, he joined Calcutta Medical College where he completed his medical course.

“Undeterred by financial hardships, we stuck to our mission of reaching out to a larger audience, particularly to the parts of rural Bengal that have little or no medical facility.

I am delighted to share the information that our Sunderbans branch is operational now and is benefitting a lot of people there. We intend to reach out to more and more poor people and provide them free-of-cost medical treatment,”

Even during the darkest period of her life, Subhashini was determined and farsighted enough to send her younger son Ajoy to an orphanage in Kolkata so that he got a better education than she could provide. Her other children, remained at home, either helping her with housework or working in tea stalls as she could ill-afford putting them through school. 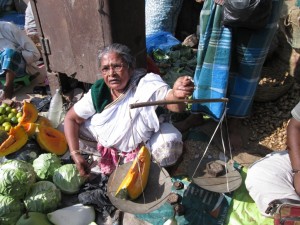 Subhashini Mistry selling vegetables at a market in Kolkata

Soon after the buying the plot, Subhashini moved back to her husband’s village and told her neighbors that she was willing to donate her one acre land for the hospital.

The villagers would have to donate money to build a thatched shed that could serve as a dispensary for the poor.

“While some villagers contributed in kind – providing bamboos, palm leaves, truckloads of earth, wooden planks, some offered their labour. Thus, a 20X20-foot temporary shed of the Humanity Hospital came into being in 1993. Every member of the society contributed to the cause. It wouldn’t have been possible without their help,”

In 1995 the Governor of West Bengal laid the foundation stone of the hospital.

After clearing infrastructural hurdles, the mother-son duo went around the town requesting doctors to spare some time from their busy schedule for their clinic. Their appeal went down well with the medical fraternity and soon the thatched dispensary had six visiting doctors – a general physician, paediatrician, orthopaedic, ophthalmologist and a homeopath.

Each one of them offered free service at least once a week. On the very first day, the Humanity Hospital treated as many as 252 patients. The facility hasn’t looked back since.

Subhashini knocked on the doors of the local politicians and influential people to raise funds for their cause.

A group of trustees – including doctors, eminent local citizens and serving IPS officers guided the hospital, which has now expanded to include gynaecology, cardiology, ENT, urology, oncology, diabetology and surgery.

They now have 3 acres of land and the hospital has expanded to 9,000 sq feet spread over two floors.

Through all this growth, Subhashini was clear about her goal.

“This is a hospital for the poor. This is not a business. Yet, we knew that the hospital had to be self-sufficient. It cannot survive forever on donations,”

So while the poor got free treatment, those who lived above poverty line had to pay a minimal consultation fee. Still, this is not sufficient to cover the day to day expense of running a hospital.

“There is a perpetual shortage of funds. We live from month to month. Thankfully we got some funds from donors of Satyamev Jayate and Reliance Foundation. But we haven’t got any funds from the government,”

So how did Subhashini achieve all this?

“God in his infinite grace gave me a vision at the darkest moment in my life. From then on, my life had a purpose. I used whatever strength God gave me to make sure other poor people did not lose their loved ones for lack of medical attention.”

Now her elder daughter and son, who used to sell vegetables, also help in running the hospital. After Ajoy became a doctor, he inspired the youngest sister to become a nurse who also serves at the hospital. 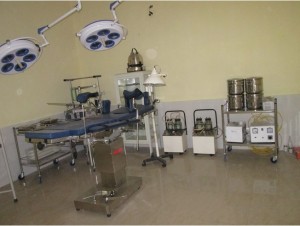 “We offer a range of medical services from medicinal treatments to surgical cases both open and laparoscopic.

We have a total number of 45 beds, including 10 ICUs, available. Out of the total, 25 are completely free. We have both Indoor and Outdoor departments where 19 visiting doctors and several resident doctors provide round-the-clock service,”

Apart from routine hospital services, the hospital also provides free medical and cancer detection camps in different parts of the state where there is little or no medical facility.

“We offer free-of-cost medicines, health advice and, in cases where hospitalization is needed, we offer free treatment through our Hospital centers,”

Life has come full-circle for Subhashini. With Ajoy at the helm of affairs, she now spends most of her time tending to the sick or playing with her grandchildren. Though she looks relaxed after passing on the baton, she won’t retire as long as the urge to serve the needy keeps surging within. 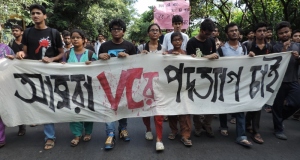 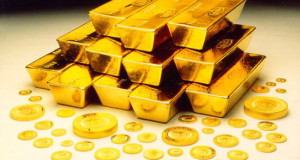