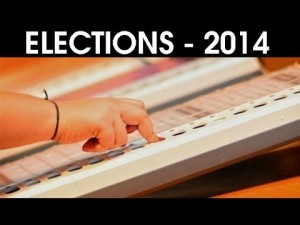 Amid all this new drama and old boycott gimmick, there are not much takers of Geelani’s agenda especially in the rural landscape of Kashmir where politics of personal affiliation and idea of a leader ‘being the neighbour’ is considered above than K-issue and the boycott agenda itself.

Most of the rural politics in Kashmir is based more on the old sentiment in NC support because of the charismatic Sheikh Abdullah factor.

I still remember how in the previous assembly elections in Kashmir an old man was taken by a PDP worker to a polling station with all motivation, support, comfort and clearly instructed about whom to vote but the ailing old man after casting his vote clearly said that he knows just one sign to vote for and that is Sheikh Sahab’s plough (NC sign). The fuming PDP worker left the old man without dropping him home back.

Congress or PDP; support is mostly on the sense of neighbourhood, outreach of local politicians to people in their own areas, regional alliances, etc.

The congress factor is also significant now because of the new era of youth with smart phones who now are much more informed and know the national politics well. Gulam Nabi Azad (mostly named as Azad sahib) is treated as a credible politician throughout the valley for his efficient chief Ministership (November 2, 2008 -July 11, 2008) and developmental vision.

Yet, amid this all high drama a sense of disappointment and pessimism continues to haunt the youth psyche.

“There were some subtle expectations from UPA government but they failed drastically to solve the Kashmir dispute and other issues here. Kashmir really had not been benefited by the UPA and moreover if this time people do vote that will not be for resolving K-dispute but for development of Kashmir in terms of economy which no one has so far fulfilled. LS elections rarely make any difference in Kashmir. It is just another new face to see ruling from New Delhi.”

says a student at Kashmir University.

Among the young Turks of Kashmir, and by that I mean the new young faces that have entered the  mainstream politics is Waheed Ur Rehman Parra -PDP youth president who on rural-urban voting behaviour maintains that,

“Democracy in Kashmir lives in villages and rural areas than cities and urban towns. Rural areas are more politically sensitive in Kashmir than urban. The political process in countryside is more inclusive, participatory and involved into the process of democracy. We observed popular voting in previous elections only in rural areas while as urban places have preferred to keep on boycott mode”.

On the same question, a Kashmiri Sociologist while asking about rural urban voting trends argues,

“Rural Kashmir except a few most sensitive regions (like Sopore and some areas of Pulwama) votes more because of expecting more facilities to be provided to them by selecting a particular candidate (not necessarily of a particular party). Since rural people lack the basic amenities of life like sufficient electricity, drinking water, roads, health care access, education, employment, reach to the corridors of power, etc, they whole heartedly participate to select their known candidates. Also at a time when rural people in Kashmir are shifting to other non-agricultural activities to earn their living, voting behaviour though has changed its choices but has not ceased at all. Comparatively in the urban areas people do enjoy almost all basic requirements of life and have options of cash earning activities and many other recreational facilities and that is a nice option to them not to go for voting.”

Studying the elections sociologically in Jammu and Kashmir, one observes the tradition of continuity and change.The politics of vested interests and ideologies, projected leaders and the dynasty rule still prevails and keeps enjoying the support of the masses.

While lamenting at the faded glory of Kashmir, an elderly man feebly narrates about the relation between the elections and onset of violence in Kashmir. He believes that the rigged elections of 1987 actually led to the armed struggle in Kashmir that started in 1989.He adds,

“If we pay a glimpse on the whole history of election pattern and contesting fashion in Kashmir, various painful aspects and agonising viewpoints come to surface. Kashmir Psephology reveals nothing but a prolonged scene of betrayal, a pathetic story of exploitation, marginalization of the particular sections and identities. It aims at exploitation and use of the poor. It means disguised enslavement, family monopoly, predetermined appointments & disappointments, hollow public luring for personal power, vote bank politics, violence for power, plots, corruption, mass embarrassment, general injustice & atrocities on the common man. Who cares”.

A political scientist argues that,

“the most interesting facet of Kashmir psephology on one hand is the peoples’ claim for “Azadi” and simultaneously contesting/participating in elections under the same constitution on the other. Sometimes one wonders how this all goes hand in hand and how do the same masses identify with such conflicting ideologies and horrible dichotomies”.

Though they call it change of way and not ideology, however talking of Kashmir elections no doubt is an integral part of the whole political process.

Previous: Modi-fying Media : Just for elections or beyond?
Next: The Non-state voters